Delta: noun del-ta \ ˈdel-tə \
A piece of land shaped like a triangle that is formed when a river splits into smaller rivers before it flows into an ocean

Have you ever wondered how it might be exploring a river’s delta?

The Danube Delta has always been a place I wanted to visit in my home country, Romania. I was imagining pristine landscape populated by colonies of birds, narrow canals and wooden boats. Well, that is only part of what I found during my trip to Sfântu Gheorghe (Saint George), the Danube’s southern branch and last location, before if spills into the Black Sea.

The only access to Sf. Gheorghe is by boat. This can be taken from the city of Tulcea, with boats leaving almost everyday (except Tuesdays) at 13:30. Depending on the day, you’ll board in either a fast boat (3h journey) or a classic ship (5h). After getting tickets (60lei-14€), I embarked on the catamaran with fresh supplies of water and some typical Romanian pastries (covrigi, branzoice) bought from the port. 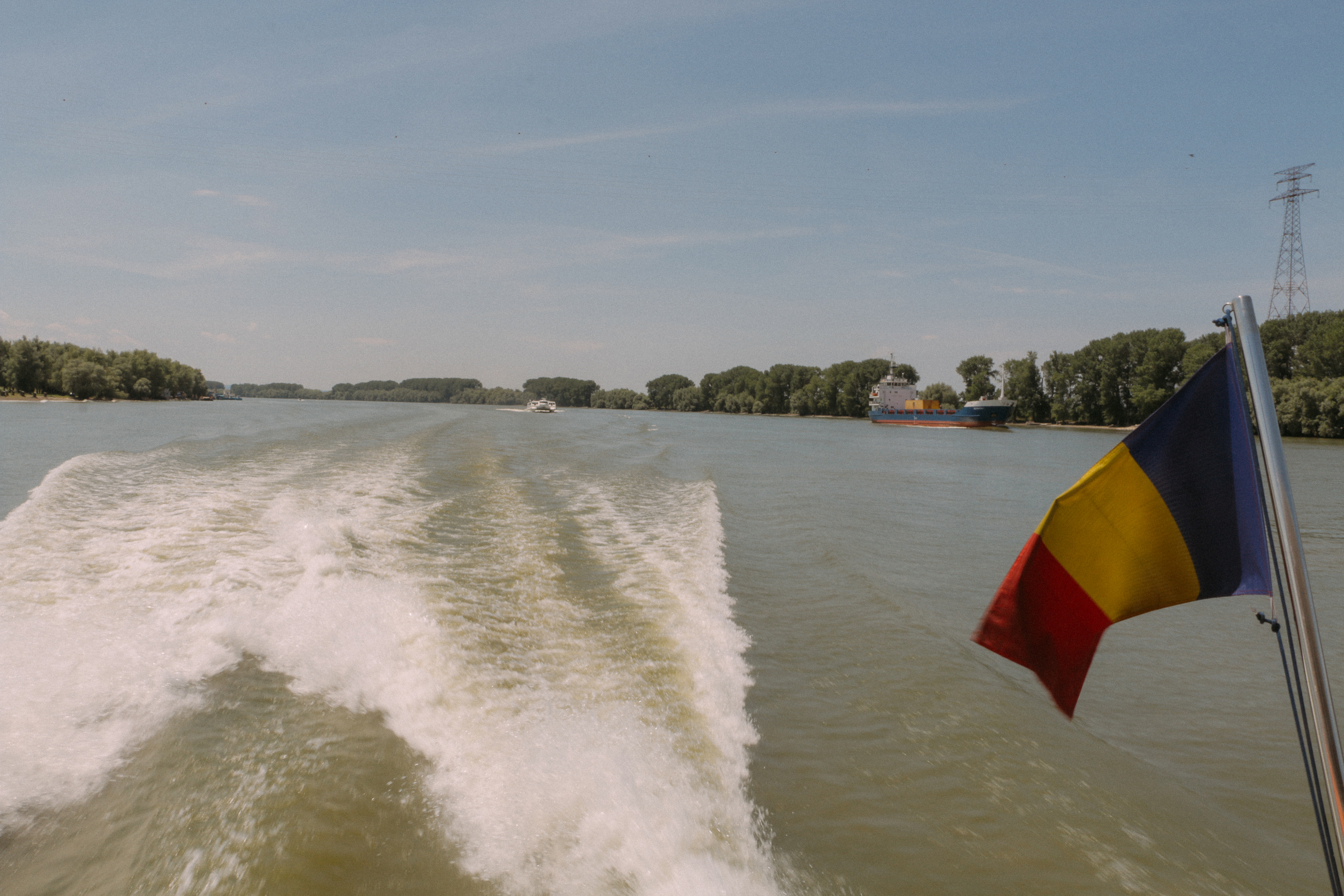 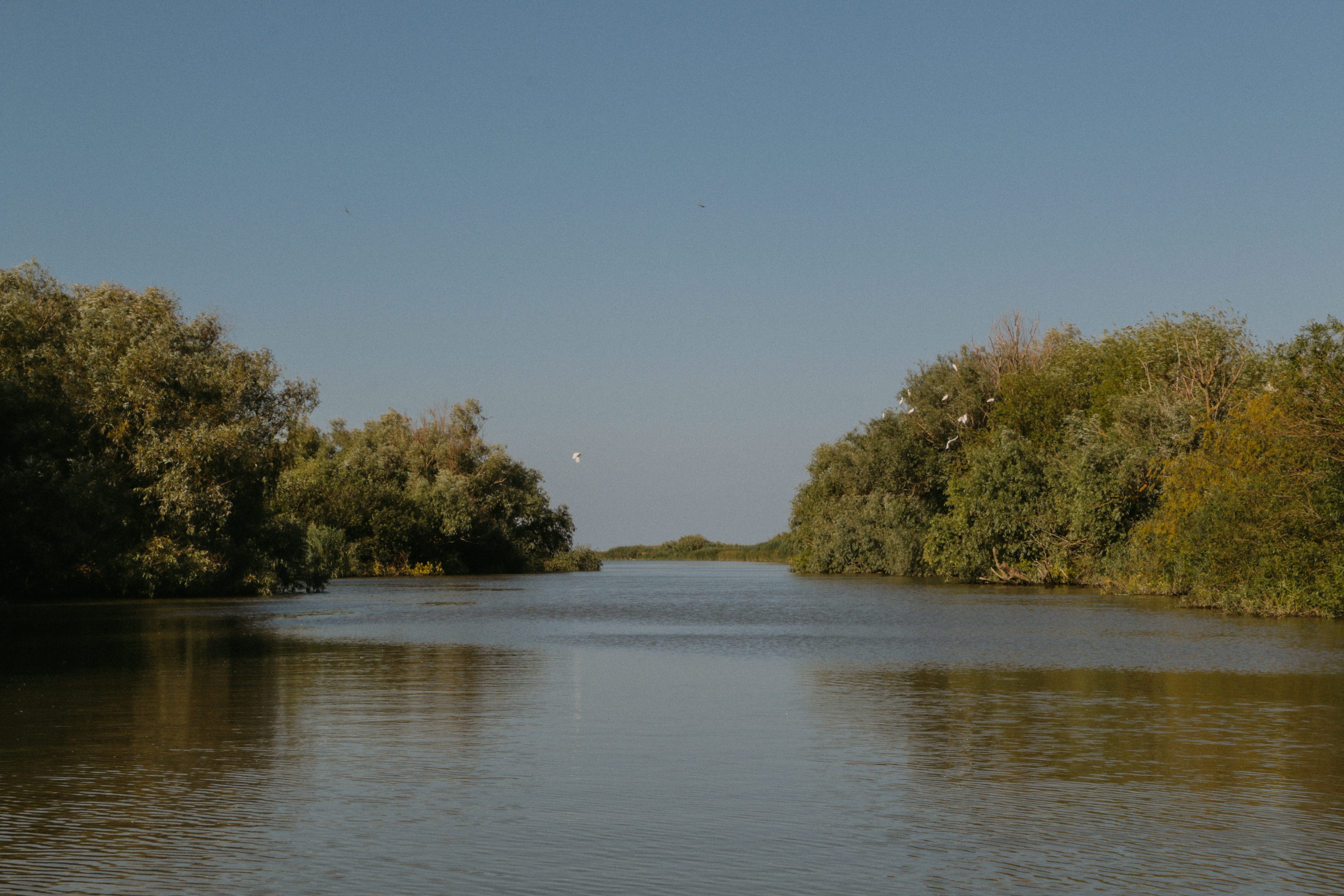 Not long after, the ship started moving, slowly gaining more speed. Hair fluttering in the wind as the ship was leaving behind dozy waves in the afternoon glow, a flock of geese resting under a willow and a herd of cows cooling on the shores of the Danube. The lush greenery and the murky waters made me feel like an explorer cruising down the Amazon river in search of ancient civilizations. While I let my imagination run off to far places, I had to pinch myself with the first sigh of majestic egrets and long-legged storks before arriving in Sf. Gheorghe. 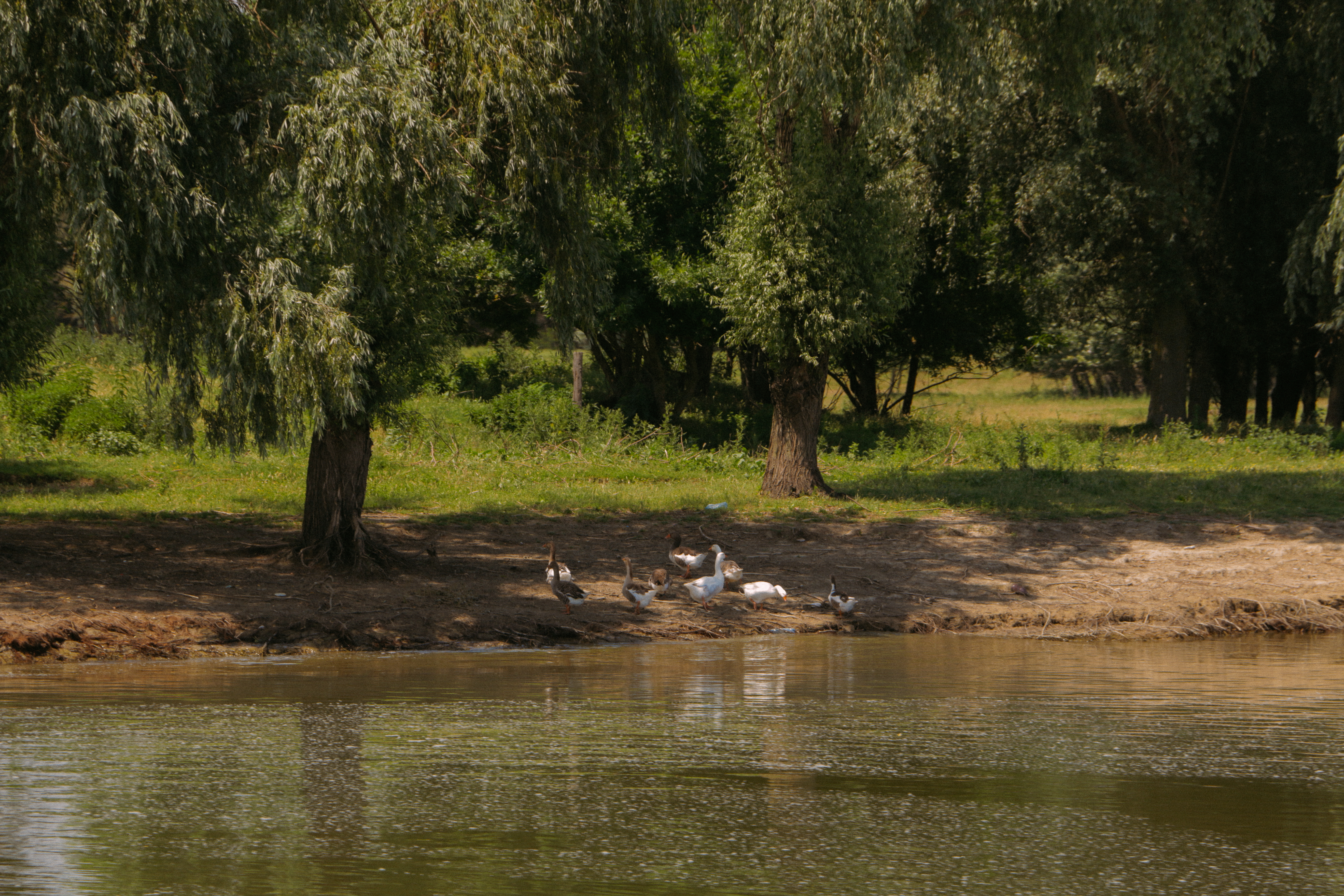 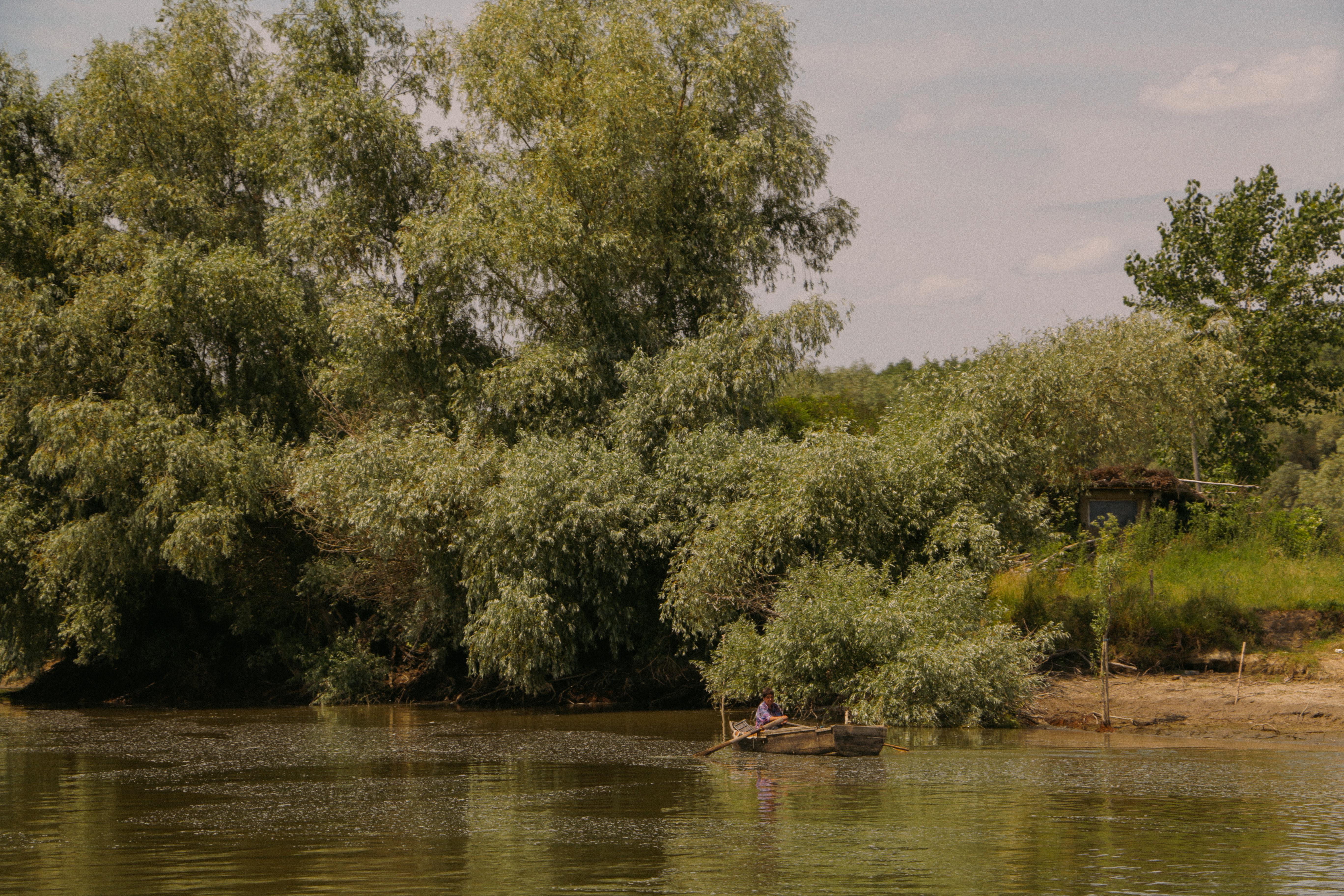 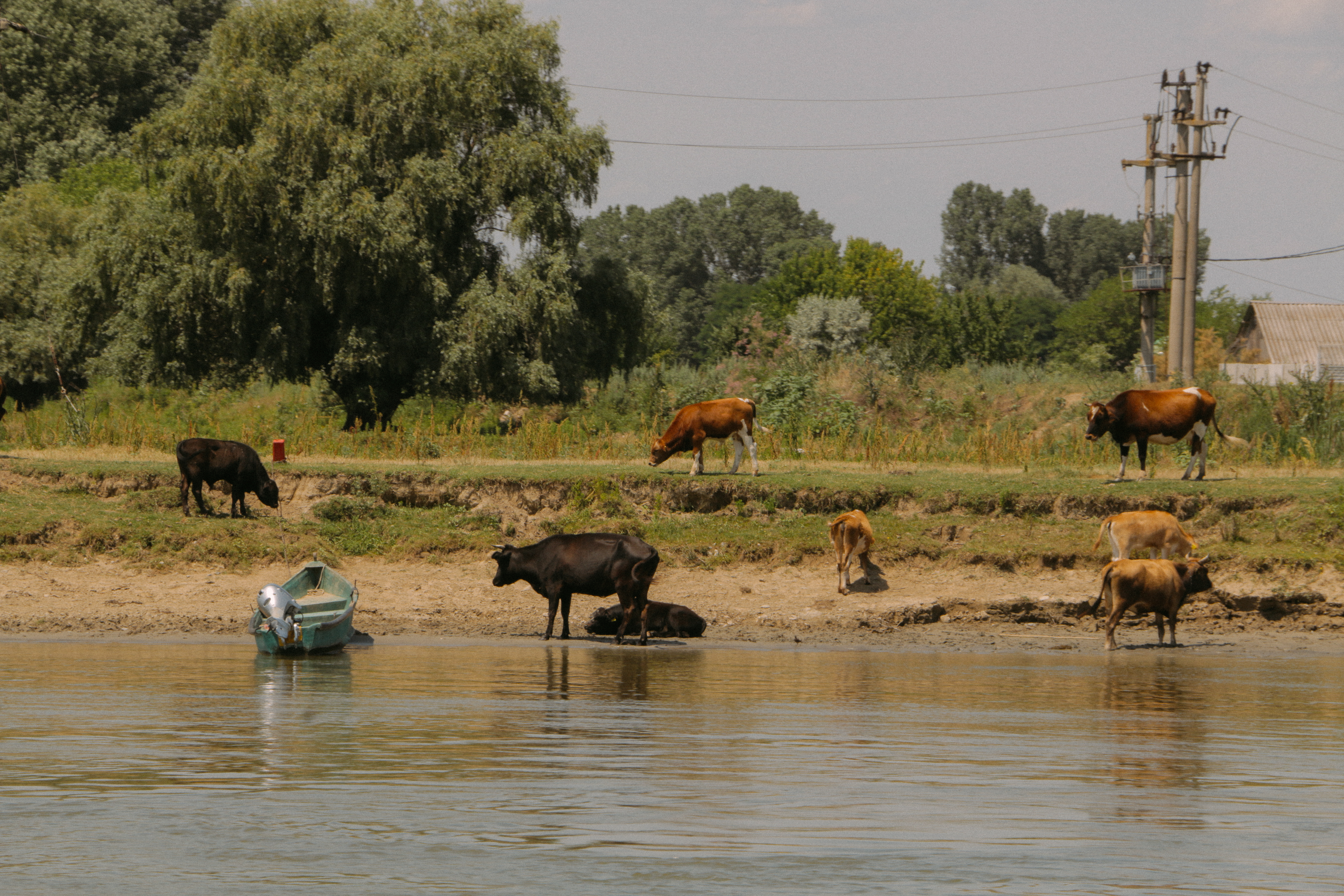 Once back on land, it’s impossible not to notice the fine sand which fills up the streets of Sf. Gheorghe. Yes, there are no paved roads here, as this place is part of a larger protected area of the Danube Delta. While my feet submerged under the sand, I admired the beautiful sight: old houses with colourful details, low wooden fences which invite you take a sneak peak inside and discover a rainbow of flowers and rich vegetable patches. 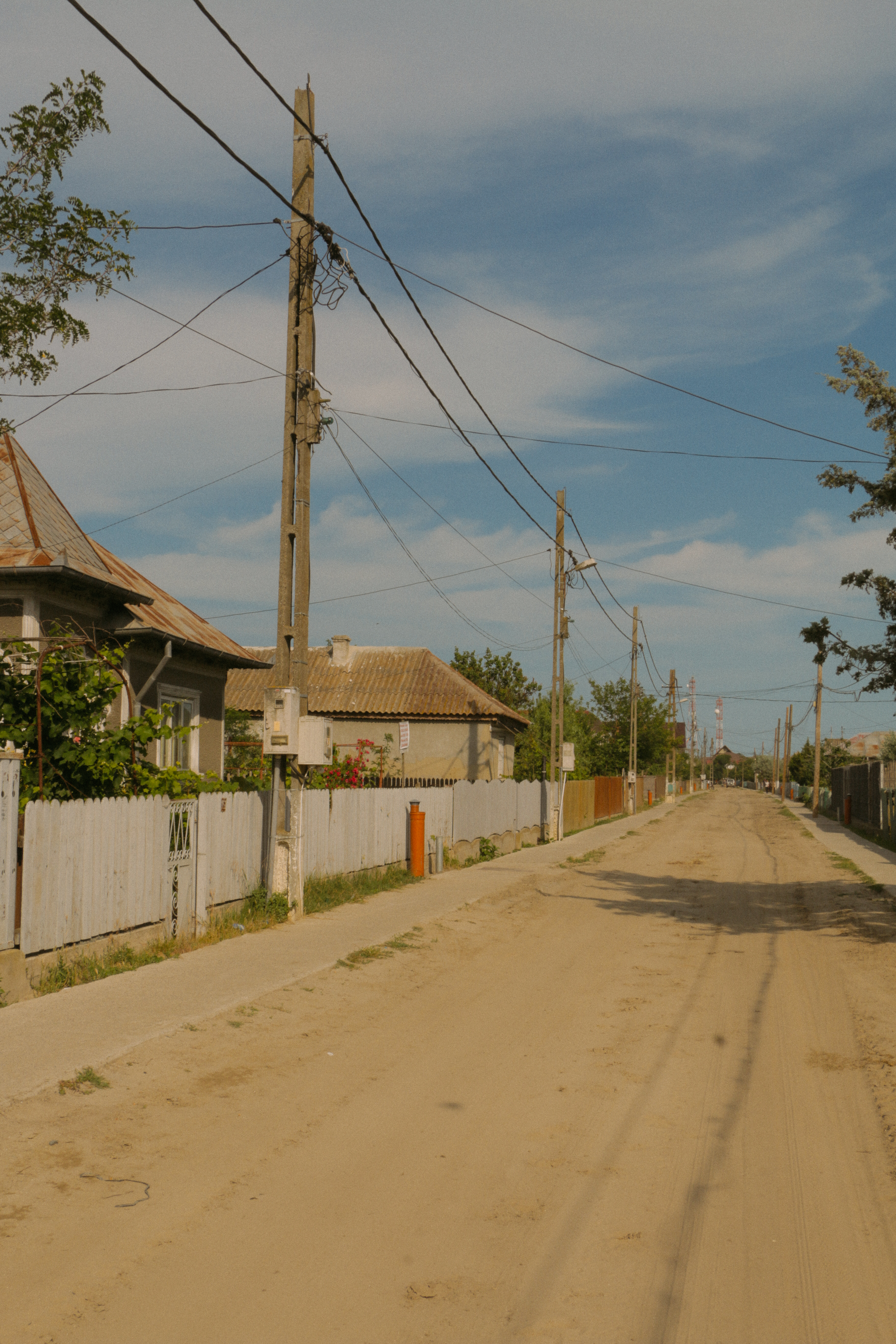 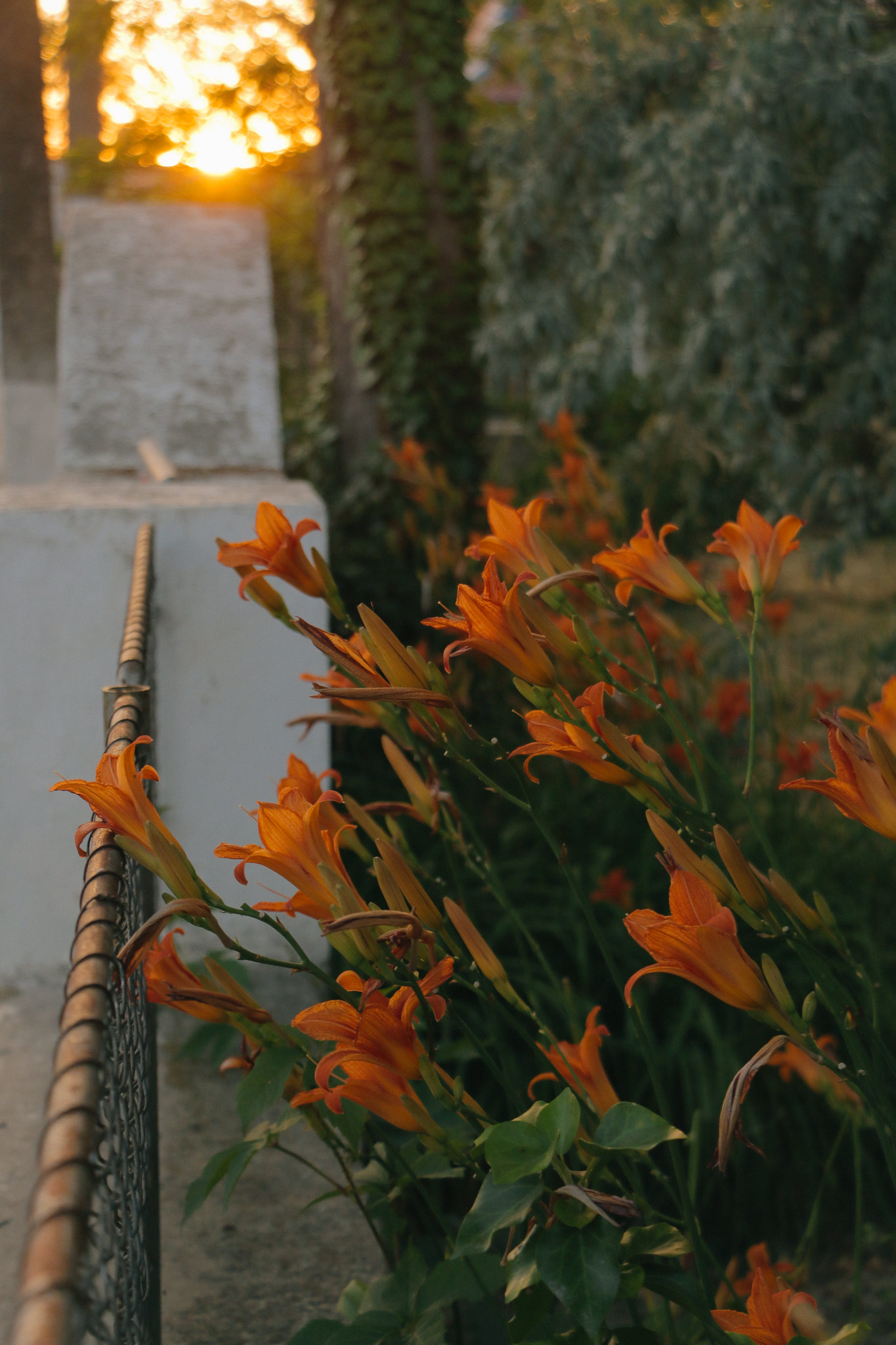 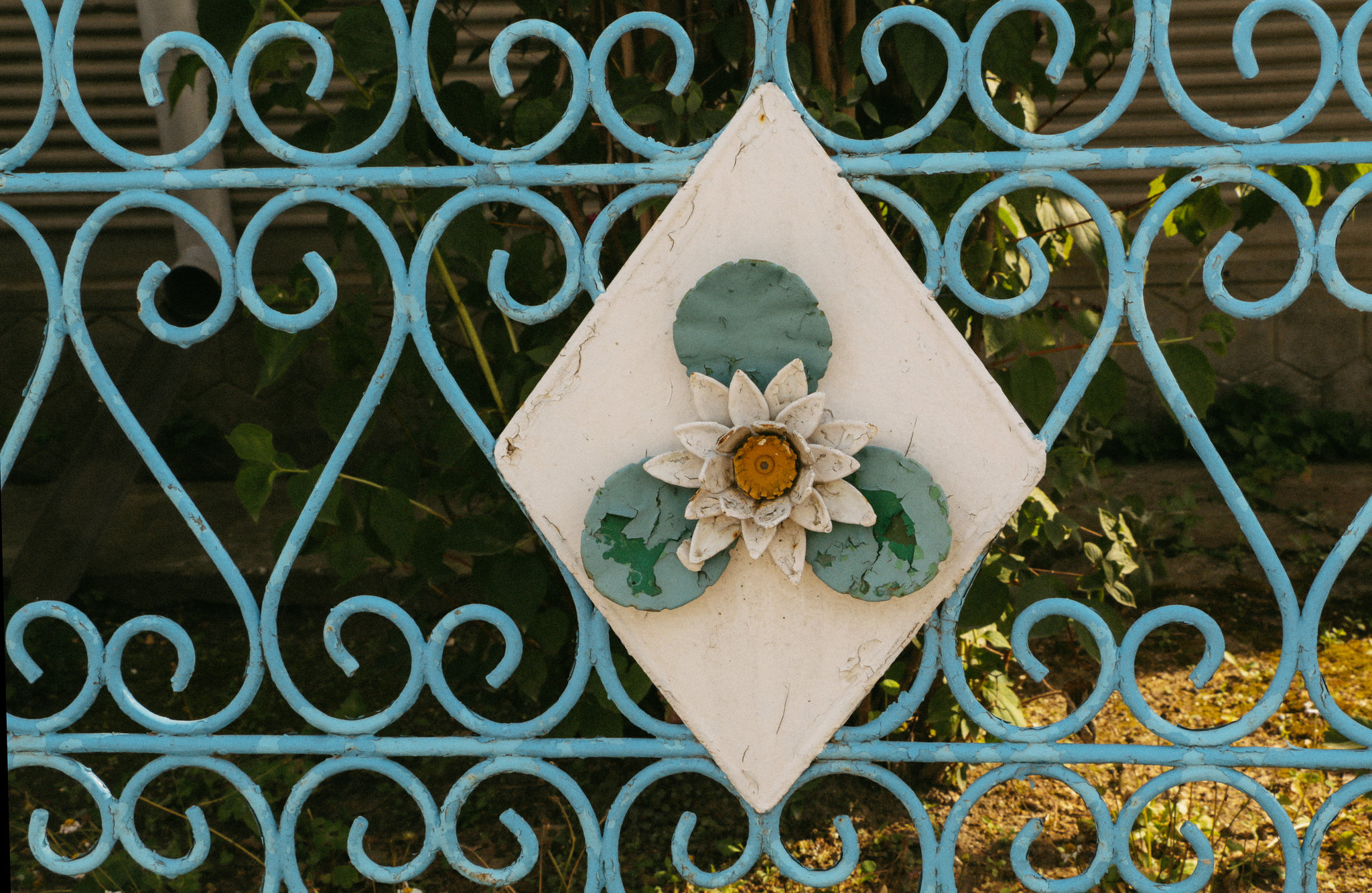 The village has historically been inhabited by Geto-Dacians and it also served as an important point on the trade road of the Greeks. However, the village is first mentioned only in the 14th century by the Genovese traveler Visconti who appreciated its economical potential as well as its key position on the Black Sea.

Today the fine untouched sand sparkles in the torrid afternoon sun.  There are marks from cow hooves, footprints as well as more and more tyre tracks, as the village is increasingly turning from a natural reserve into a seaside resort.  There is a mix of old and new, abandoned houses taken over by cattle, as well as newly built villas with thatched roofs. This bittersweet view only makes you wonder how this place looked back in the days and how much will it change in the near future. 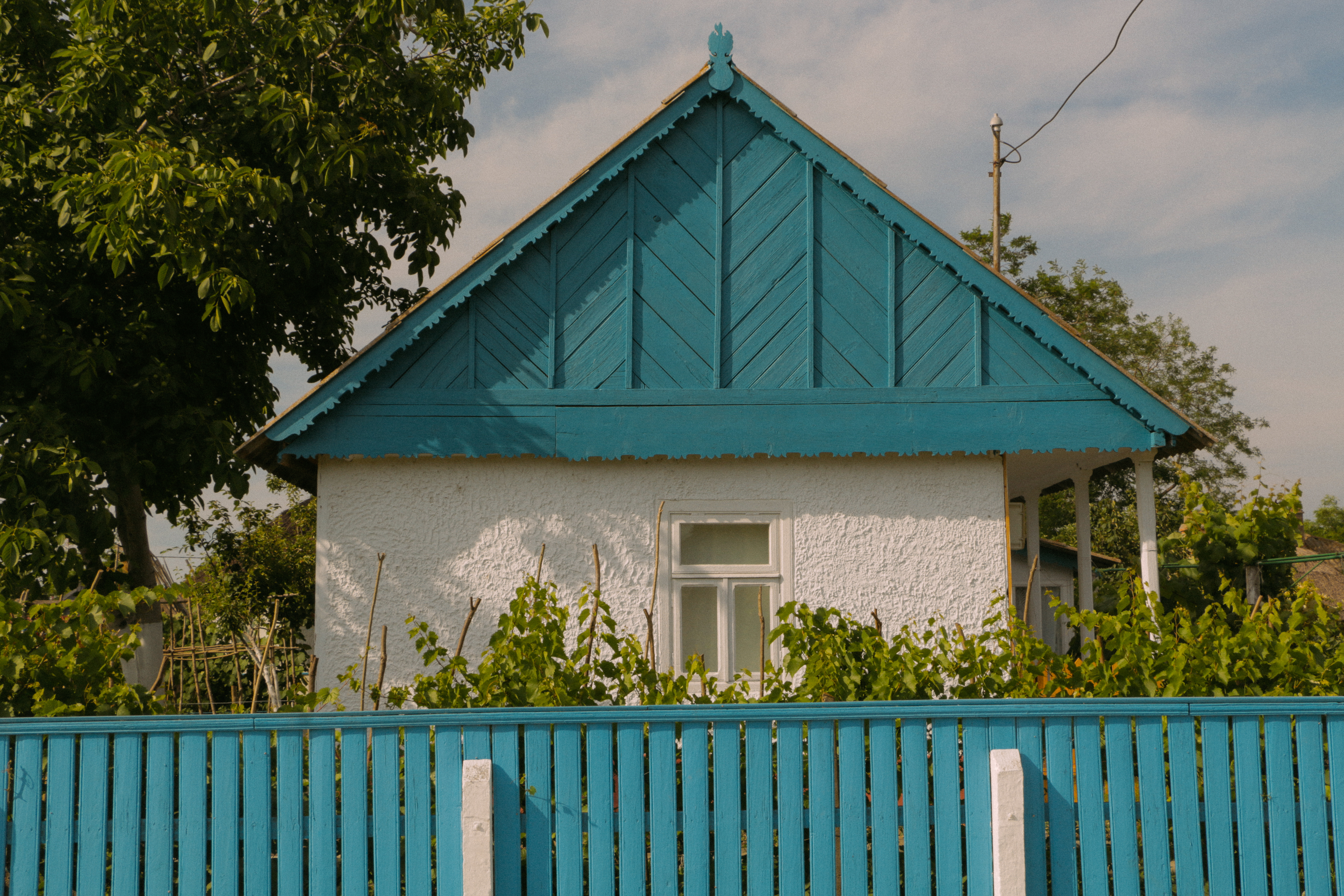 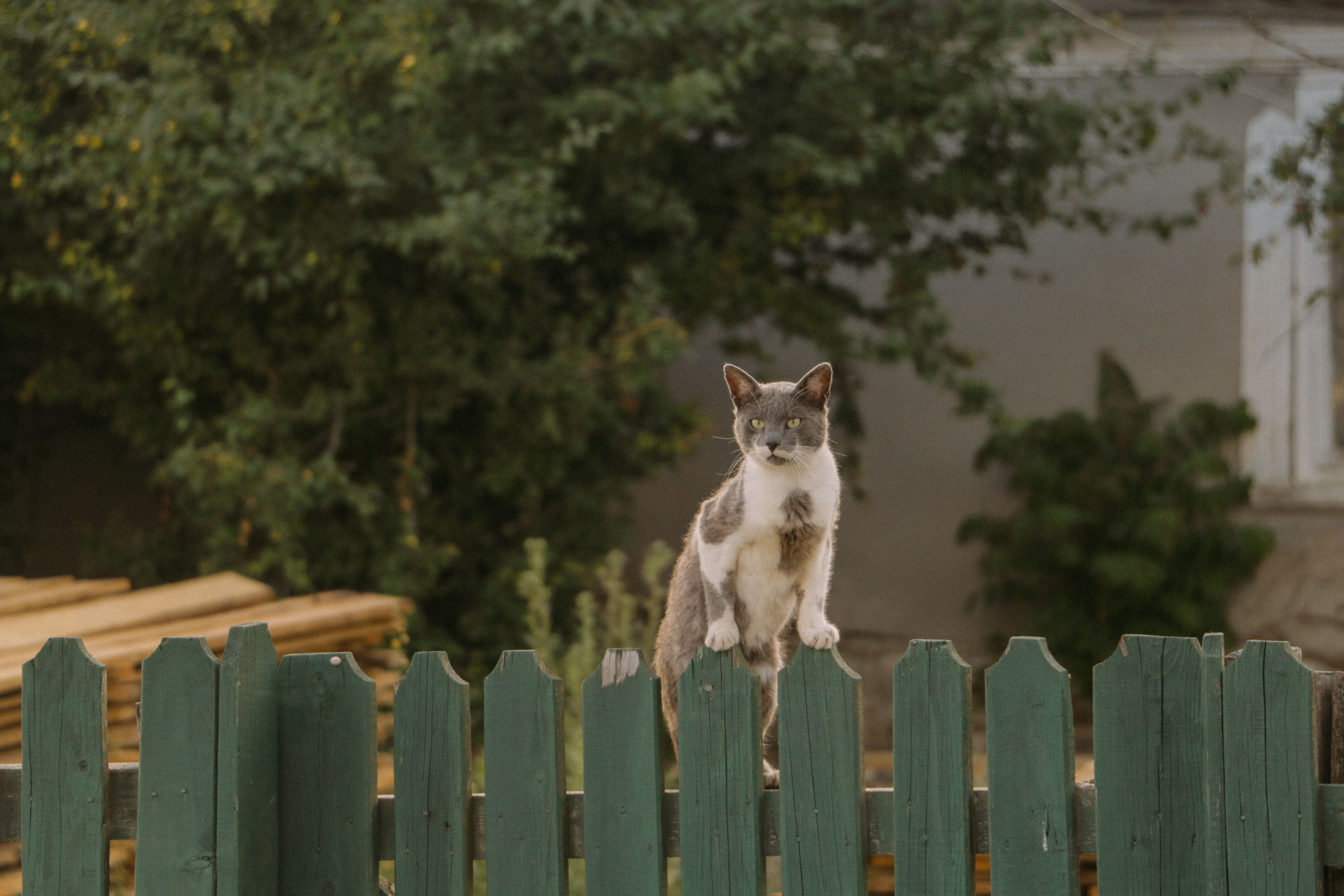 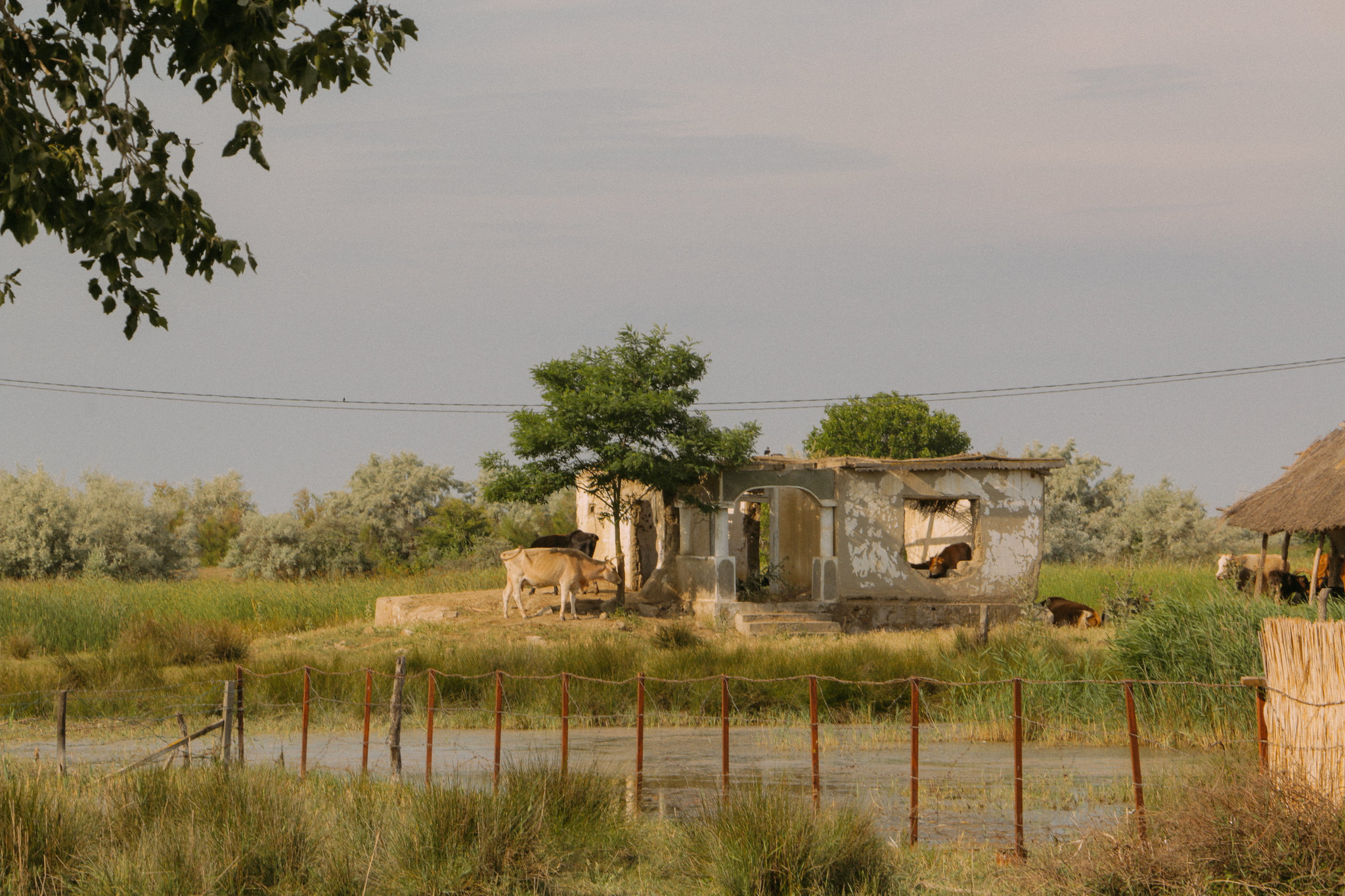 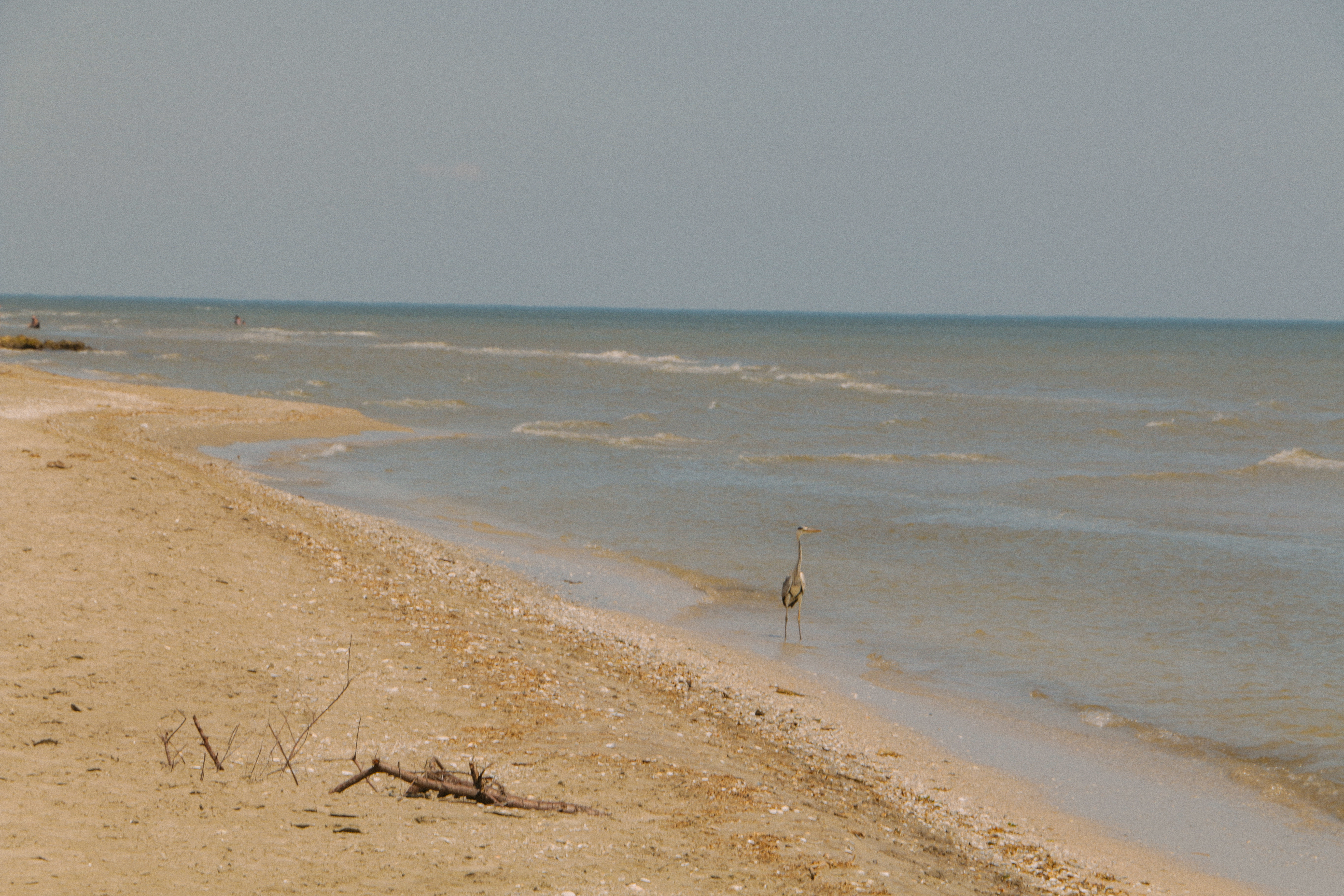 The beach is only 2k away from the village. The wild beach found in Sf. Gheorghe still prides itself with pristine untamed landscape. Free from (loud) masses of people which you’d normally find along the Black Sea, this place makes you feel like an explorer coming across new land. The fine golden sand will welcome you. The few egrets and pelicans will entertain you, or make you feel like an intruder when you try approaching them. A few wild horses will graciously gallop towards the water, trying to escape the tens of horseflies following them. As (wild) life unfolds on the shores of the Black Sea and you sit back and enjoy, reality will strike back when you least expect. Horseflies will bite you (especially if you’re visiting in June), the incredibly fine sand will cover everything you own, tens of larvae will tingle your feet in shallow water before you reach higher depths, and the you’ll notice occasional swarms of jellyfish -the harmless moon jelly- invading the water or washing up on the beach. 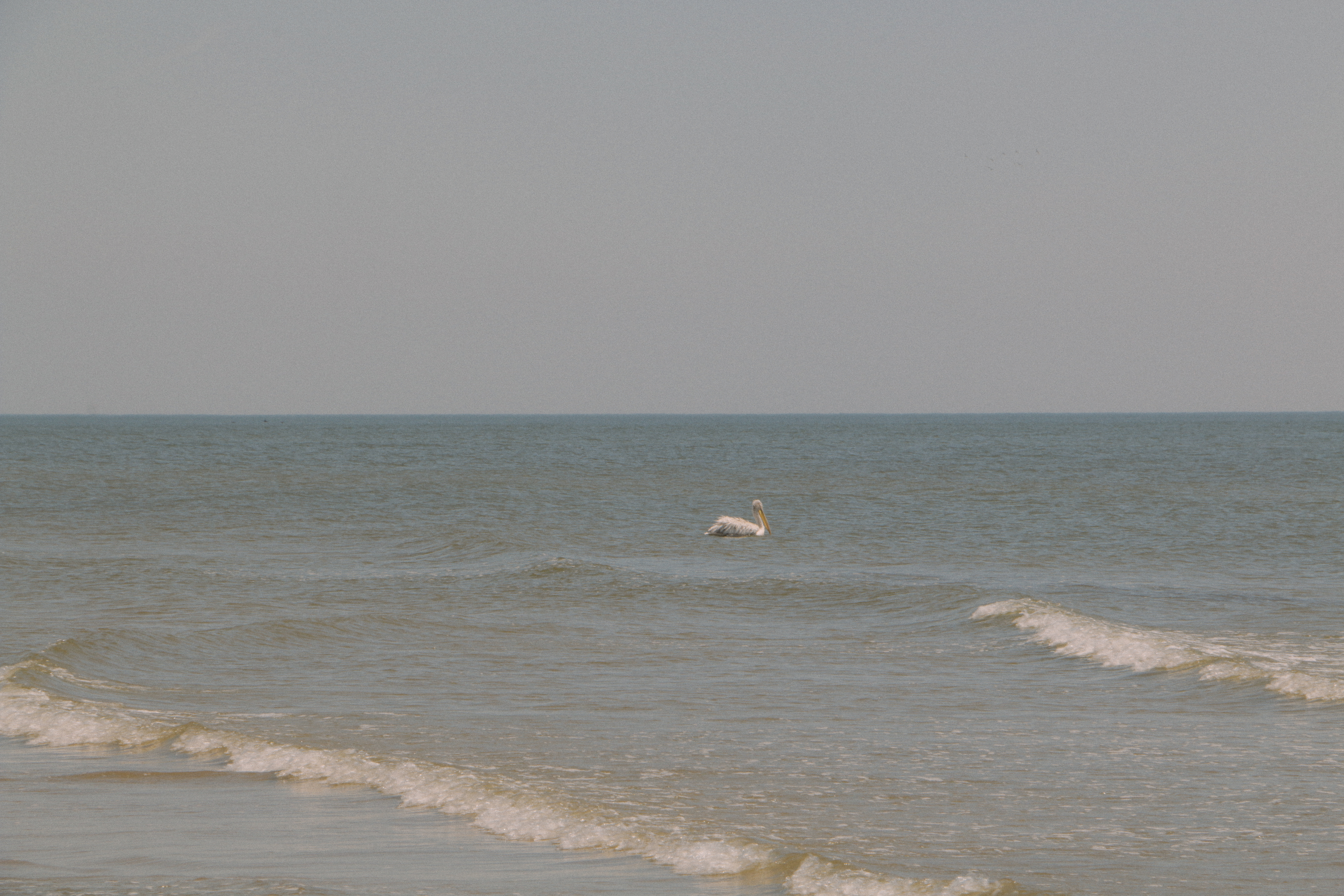 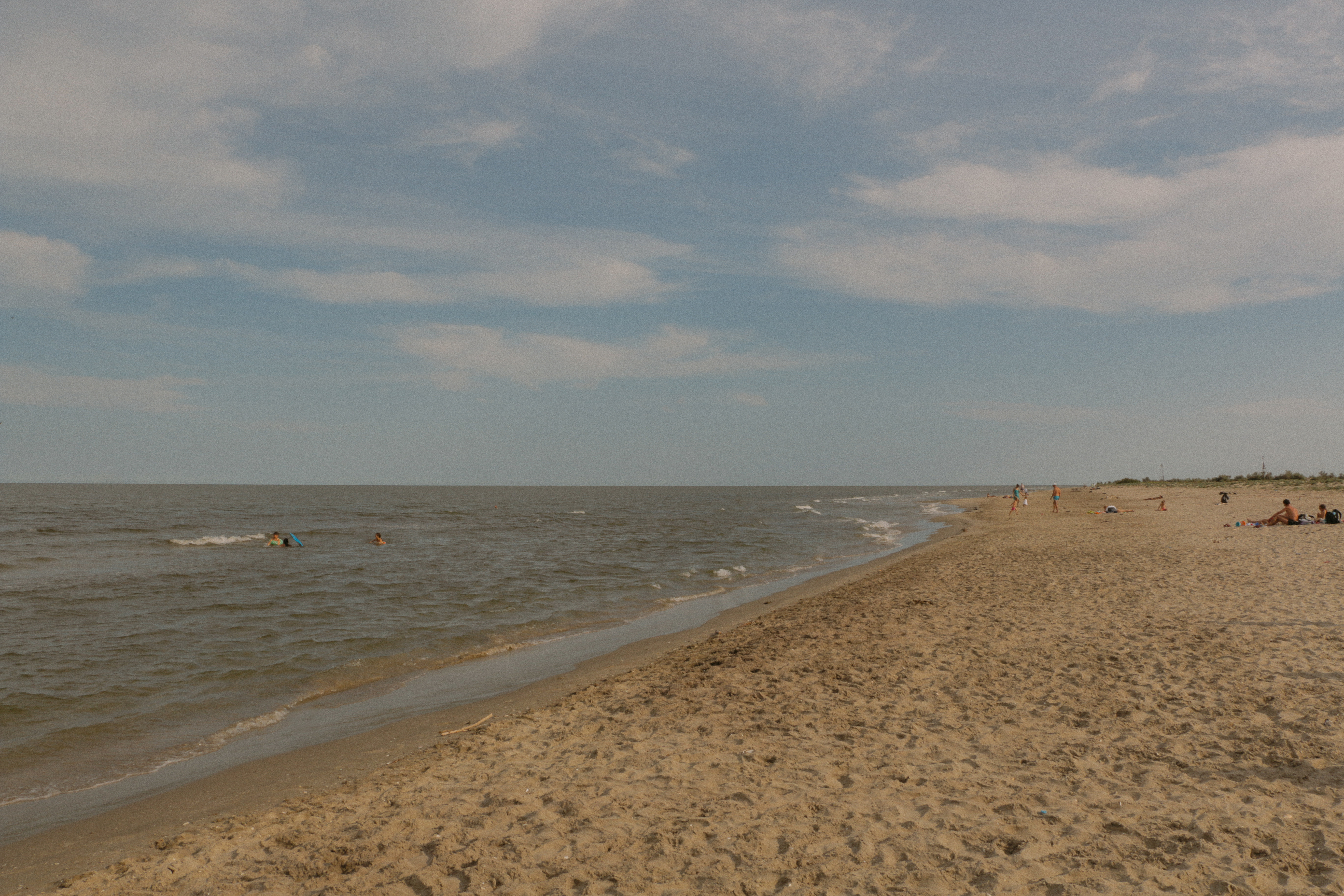 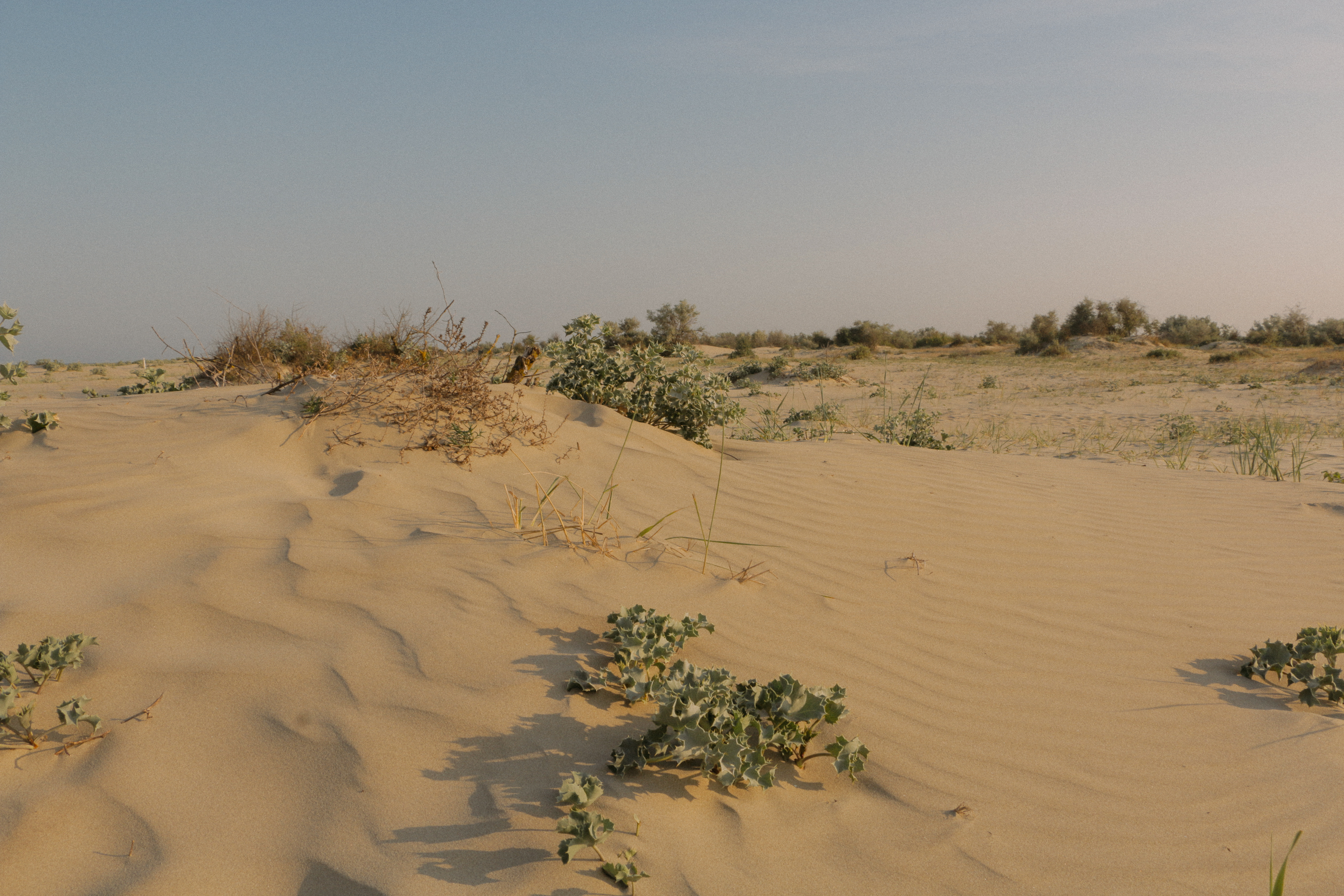 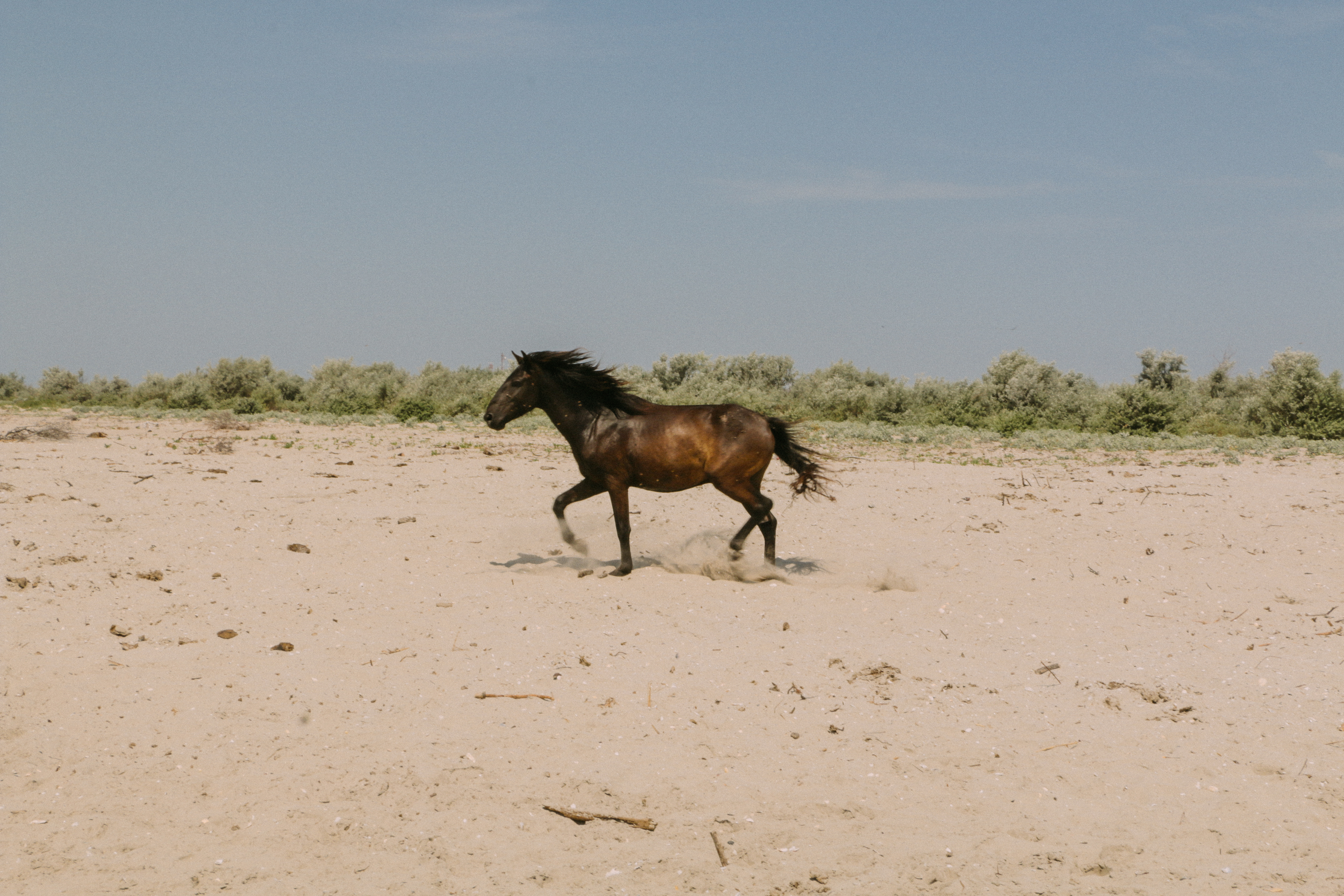 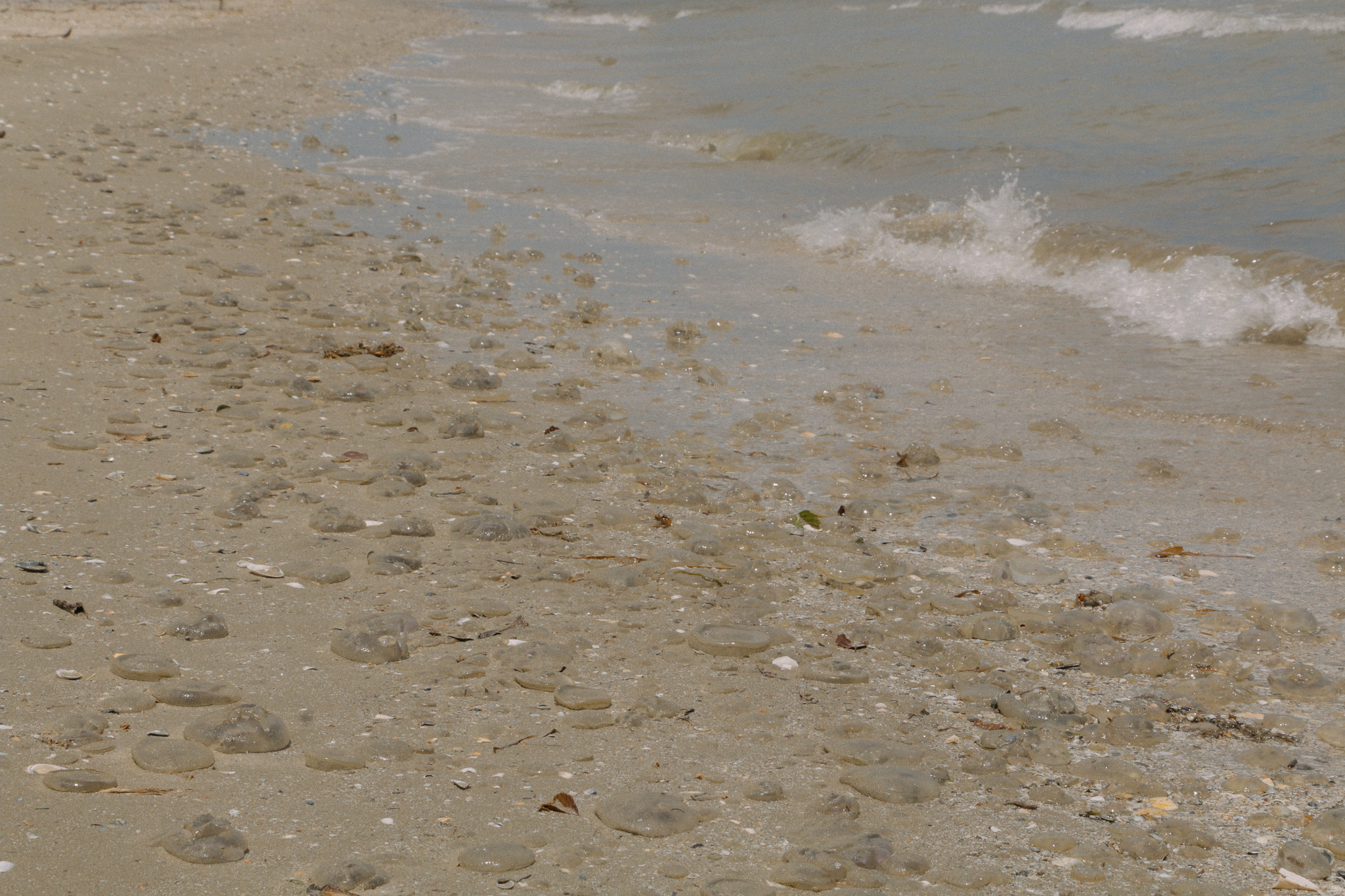 If you’re planning to take a boat ride on the canals, aim for an early morning trip, it’s the time when most birds come out to feed. This was suggested by my host who also organised the boat trip with one of her friends, a local man with a boat. 7am came, mandatory life jackets on and the adventure started. 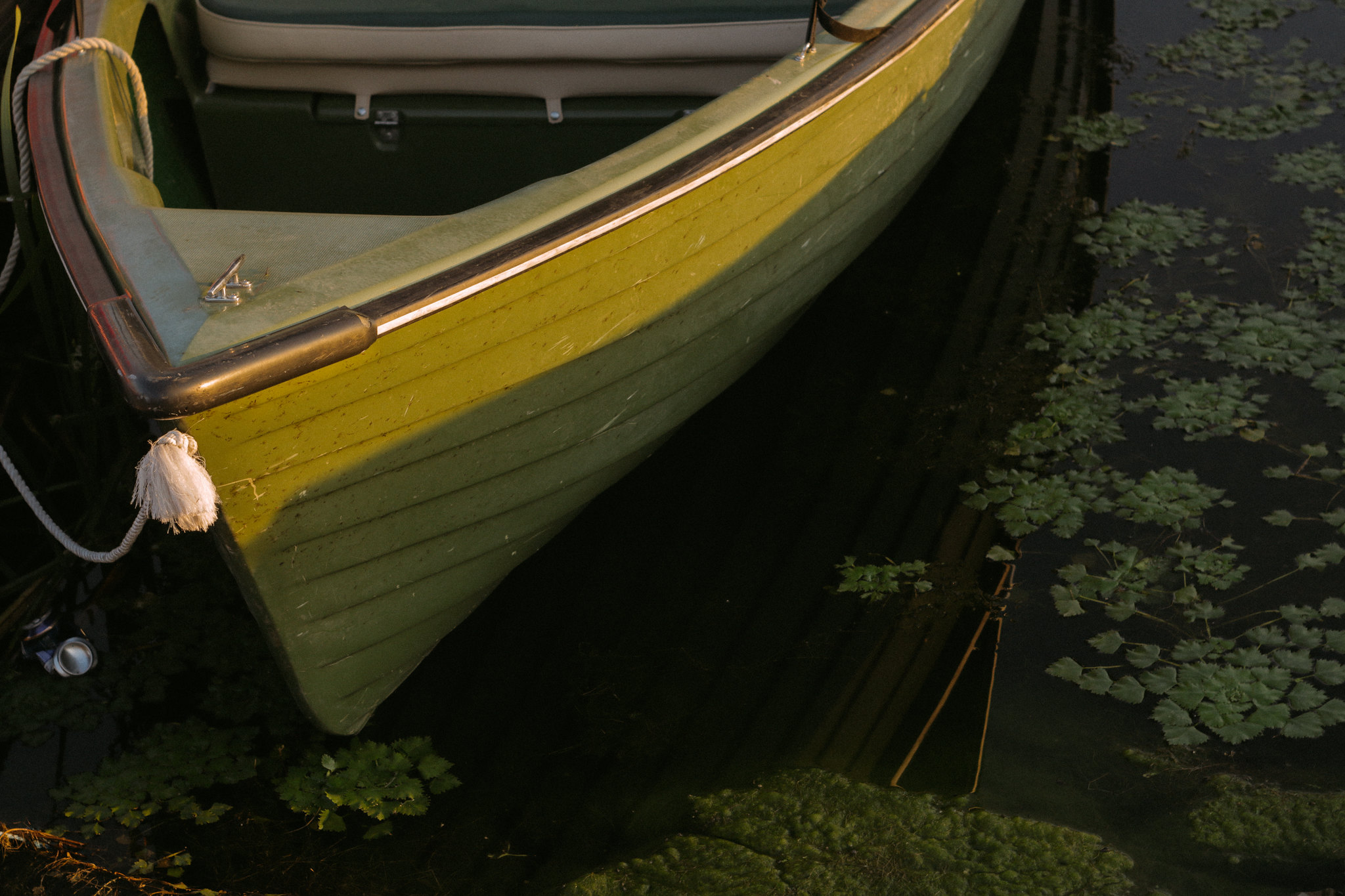 We left the small harbour and found ourselves after 10mins in a wider part of the canal. As we crossed, we were told by our captain to look on our left and witness how the Sf. Gheorghe branch spills into the Black Sea. Once we passed this part, we reached the small canals, a true paradise of birds. The boat was leisurely floating along the water as everyone was on the lookout for the iconic birds. The suspense was over with the sight of the first egrets. As we got closer, they all flew in a nearby tree, showcasing their elegant posture.
Further along, we spotted a colony of pelicans, swans as well as a herons. Occasionally, shiny dragonflies would appear out of nowhere along with the typical frog croak. 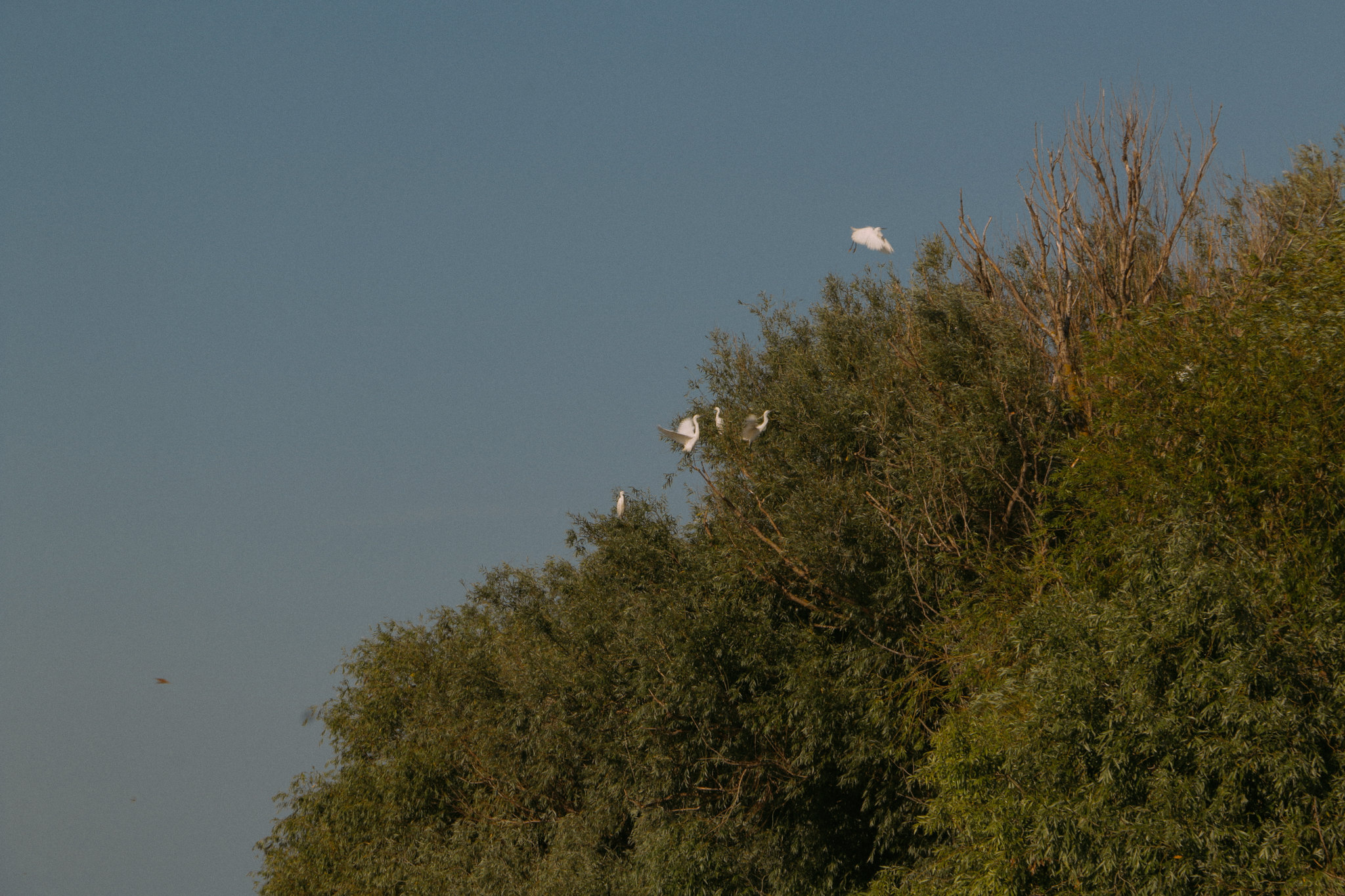 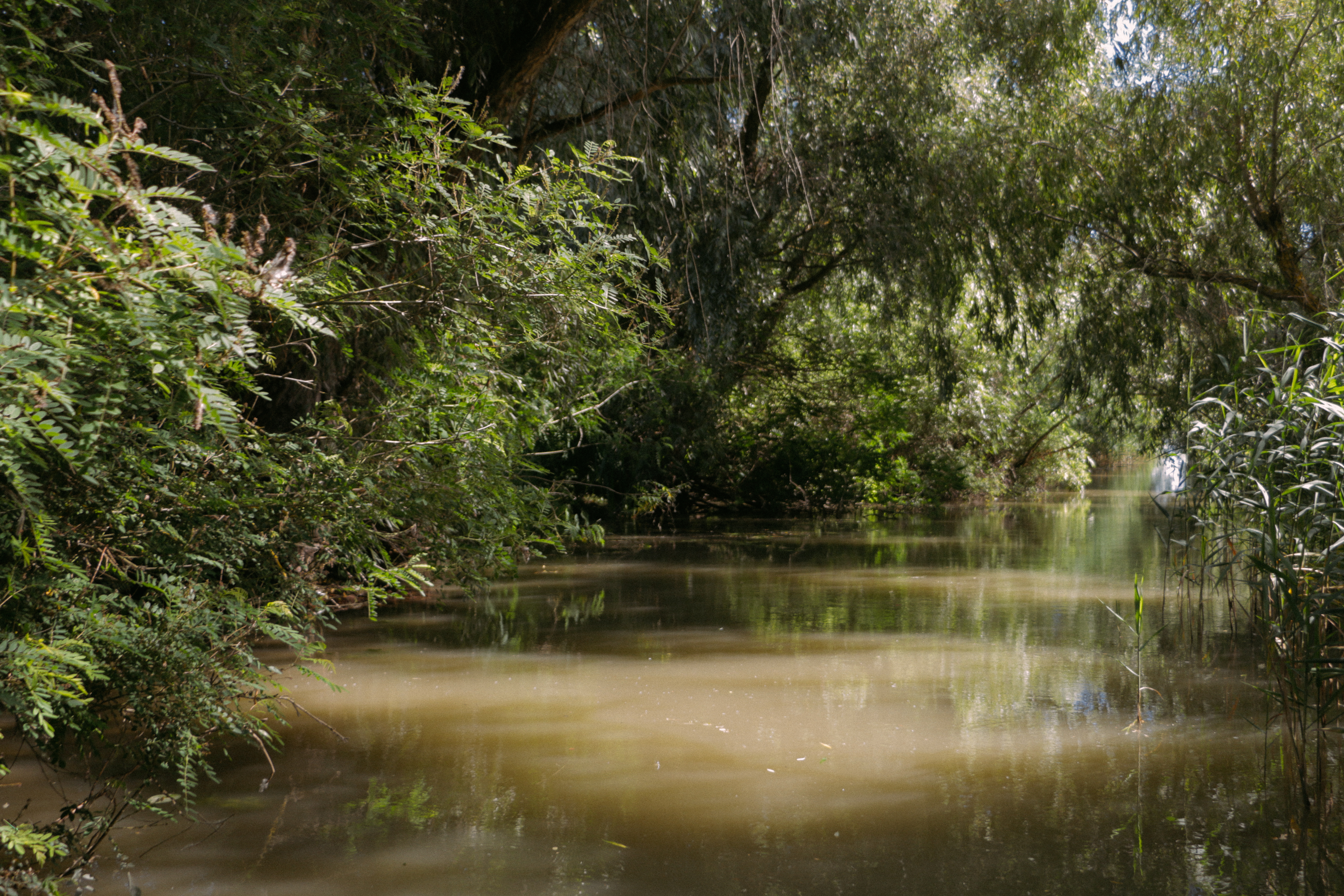 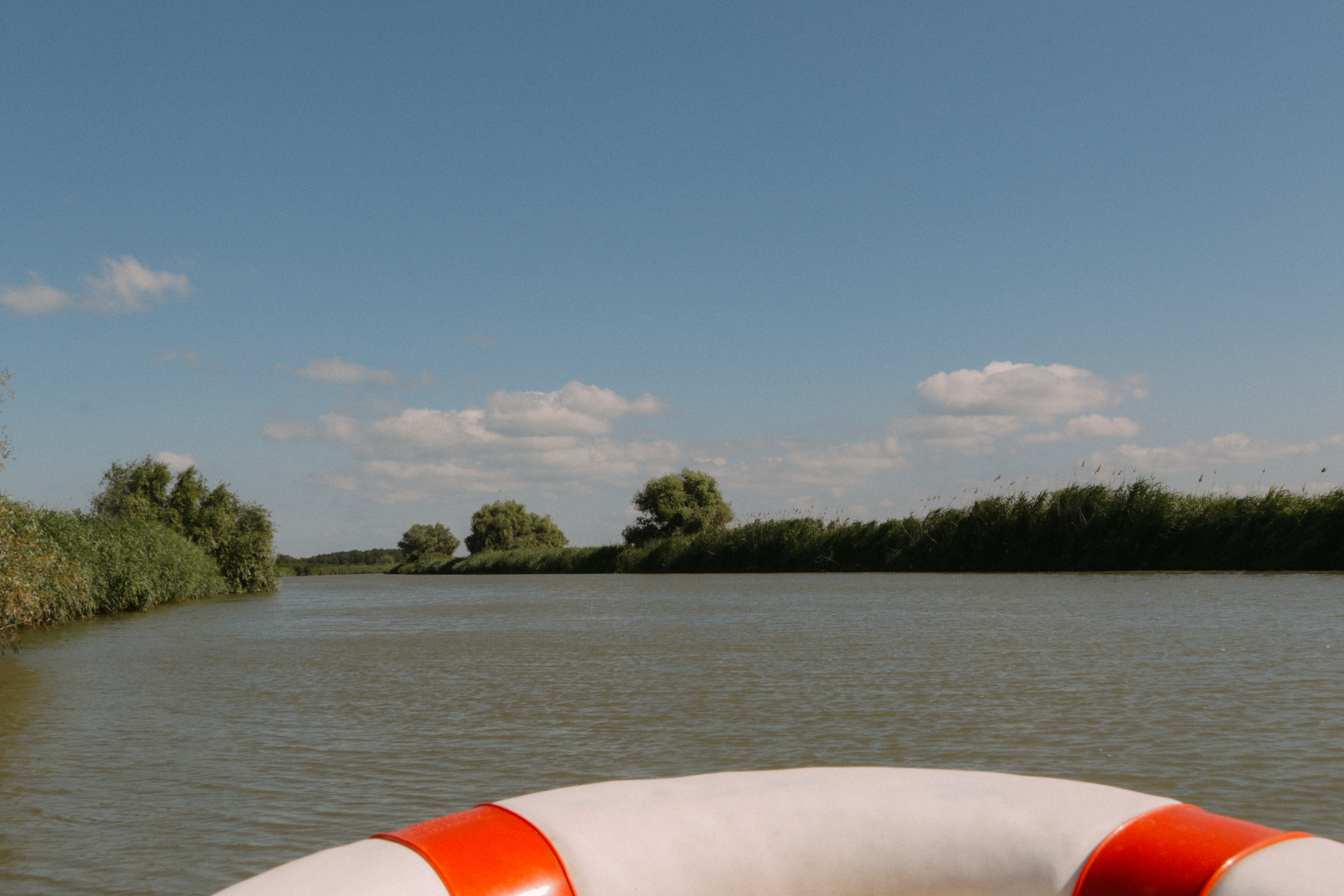 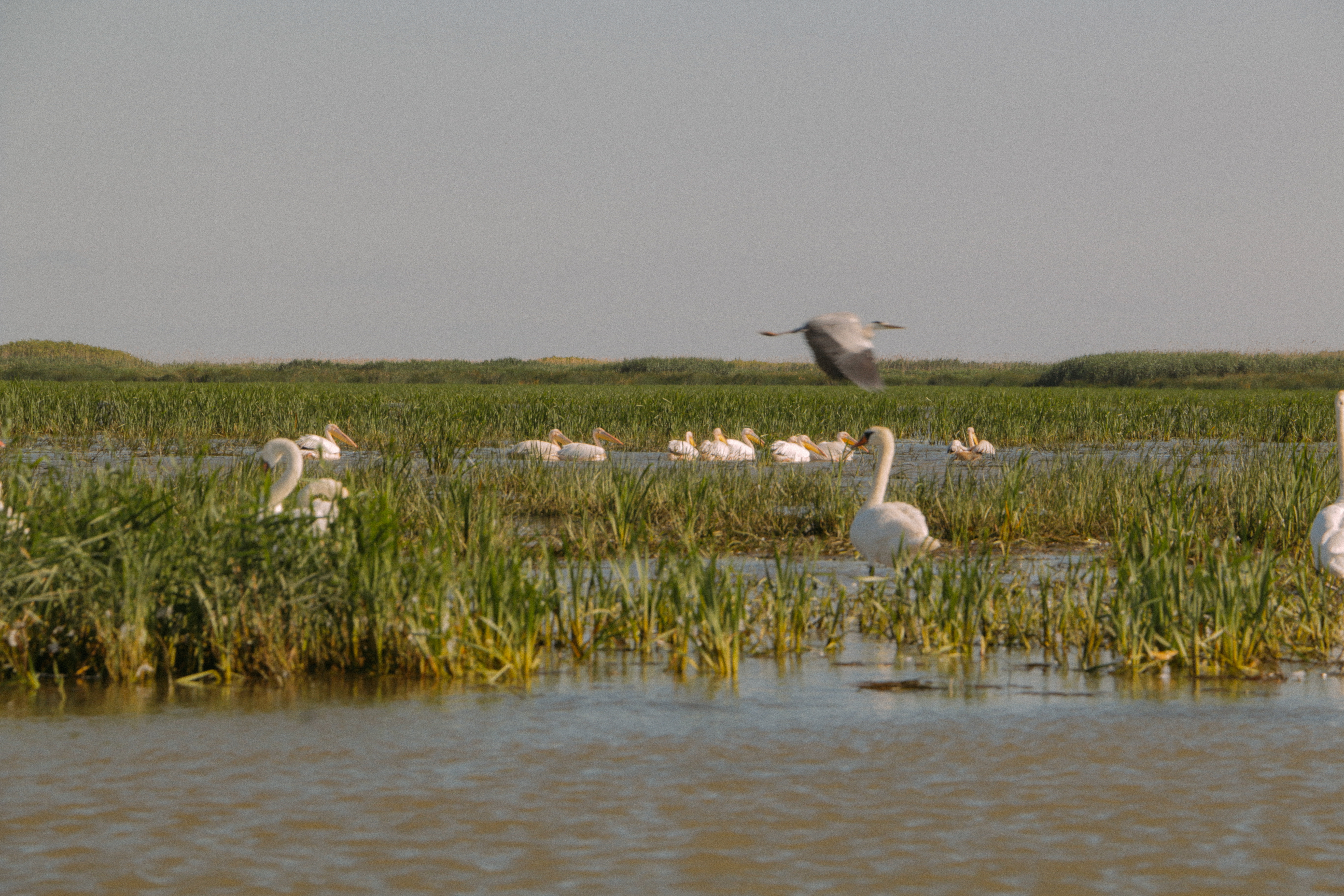 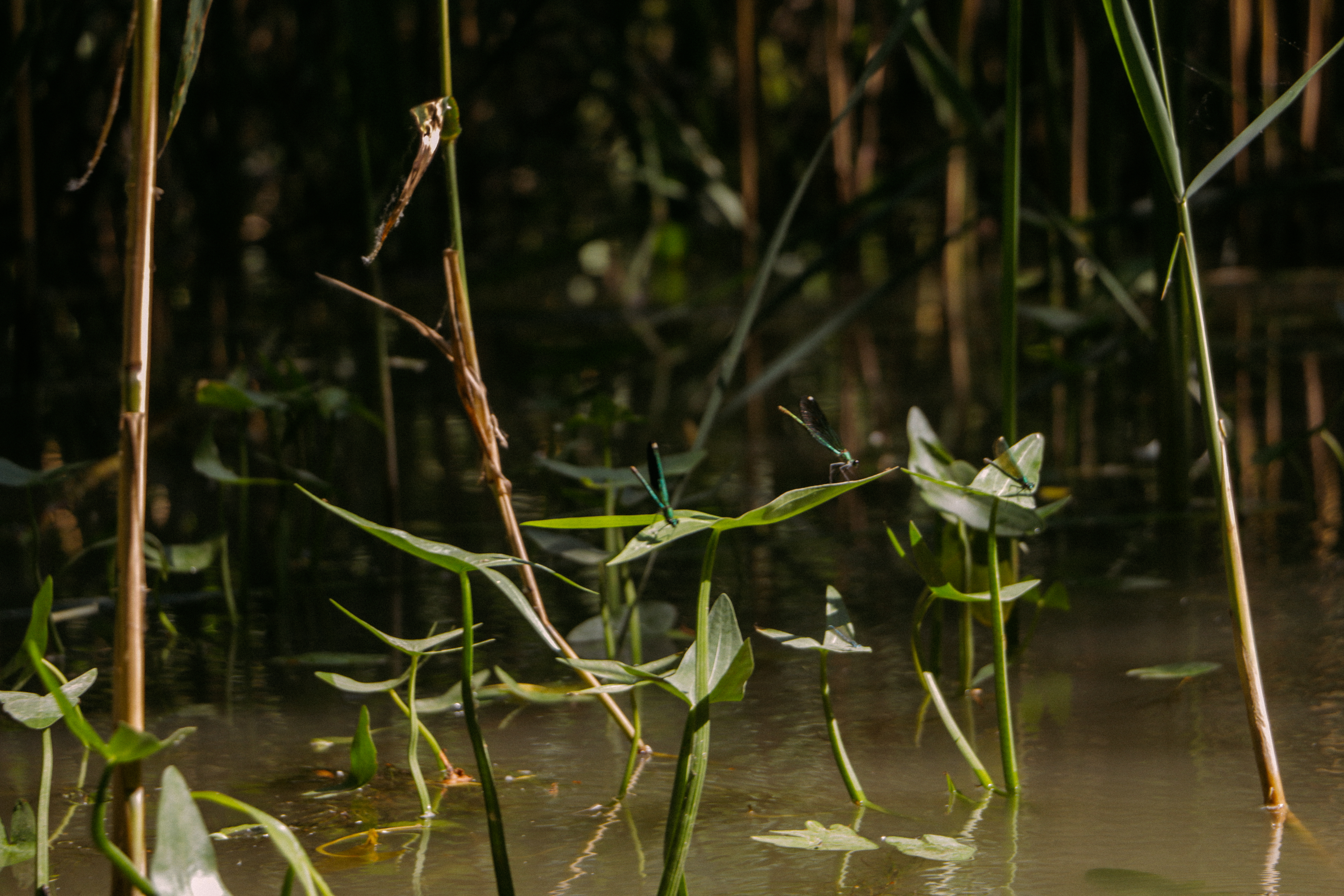 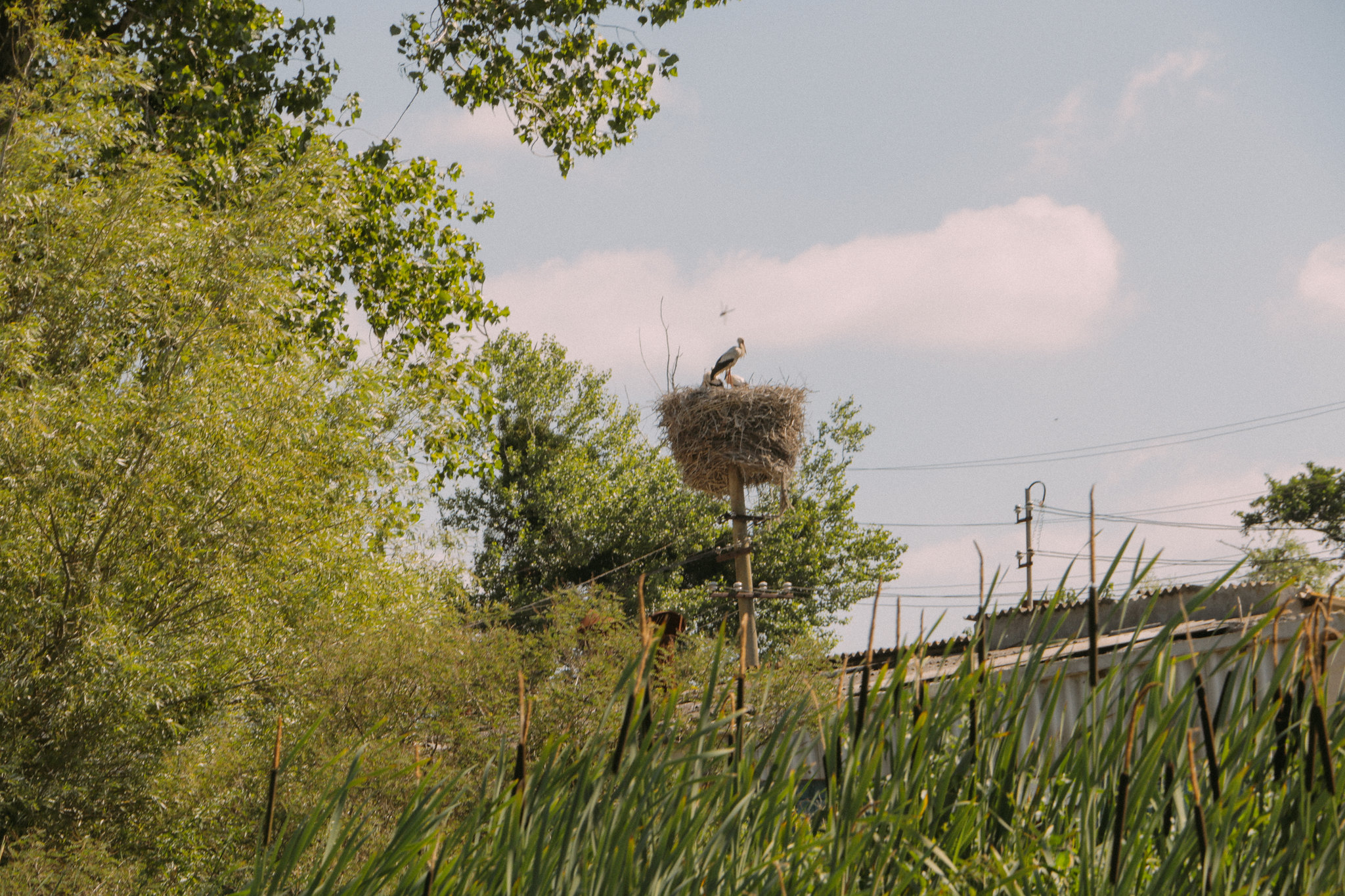 Nowadays Sf Gheorghe has a lot more to offer. You’ll encounter unspoilt ecosystems and share the beach with wild horses as well as pelicans. Despite being an isolated location, only accessible by water or air, Sf. Gheorghe transformed itself in a highly sought out place. Anonimul film festival is also one of reasons why this remote village gained so much popularity in the past 10 years. The influx of tourists can play out as a double-edged sword: on the one hand tourism could bring prosperity to this remote place while on the other it could spoil its serene rural vibe and its wild landscape. 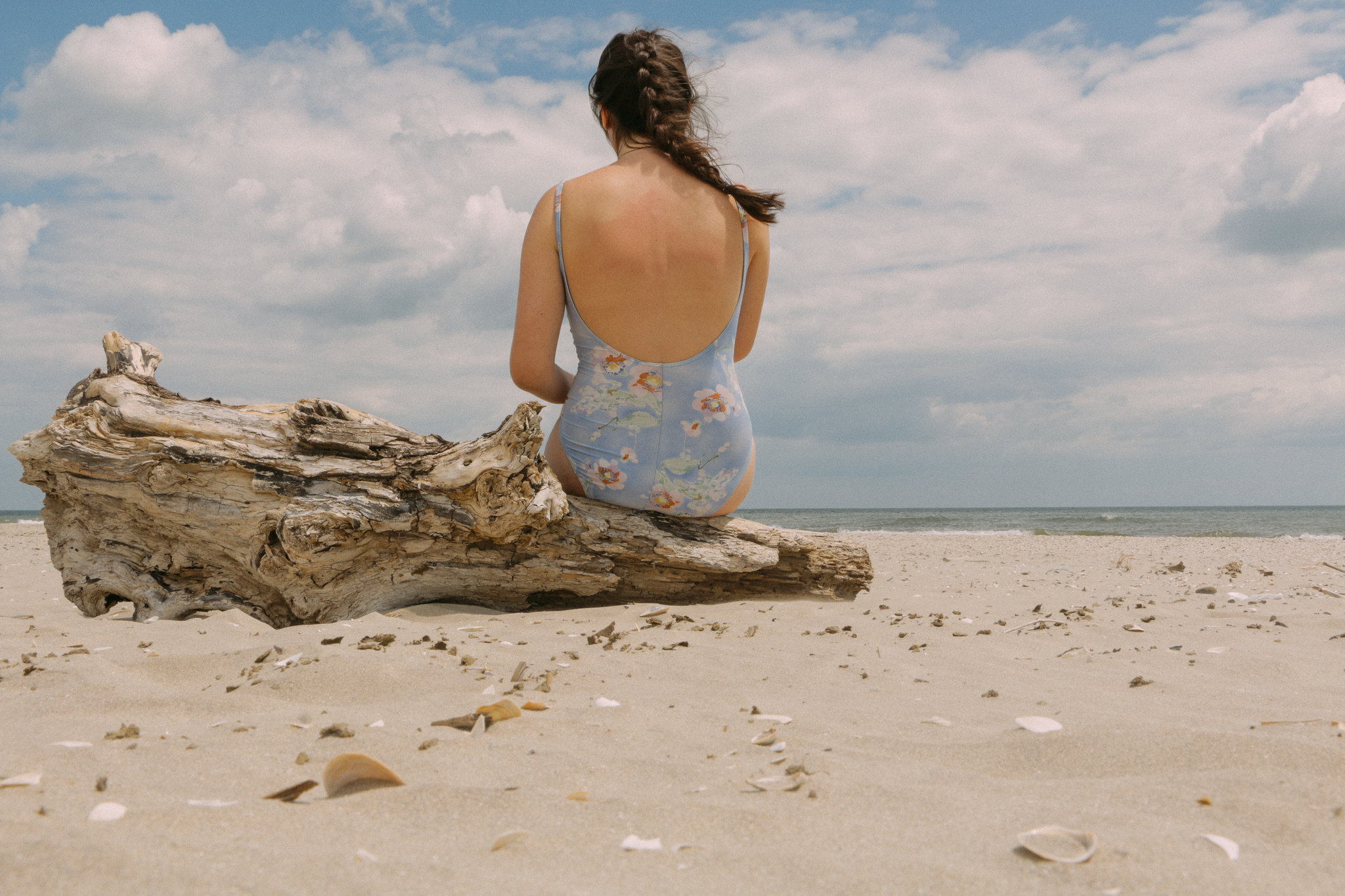