20+ hours of travelling and you’re immersed in the Indonesian greenery, it’s moped culture, it’s temples, the lingering sweetness of incense and staggering level of humidity. Situated in Southeast Asia, Indonesia is made up of thousands of volcanic islands (over 17.000 with only 6000 of them inhabited). It is well known for its beaches, volcanoes and rich biodiversity. 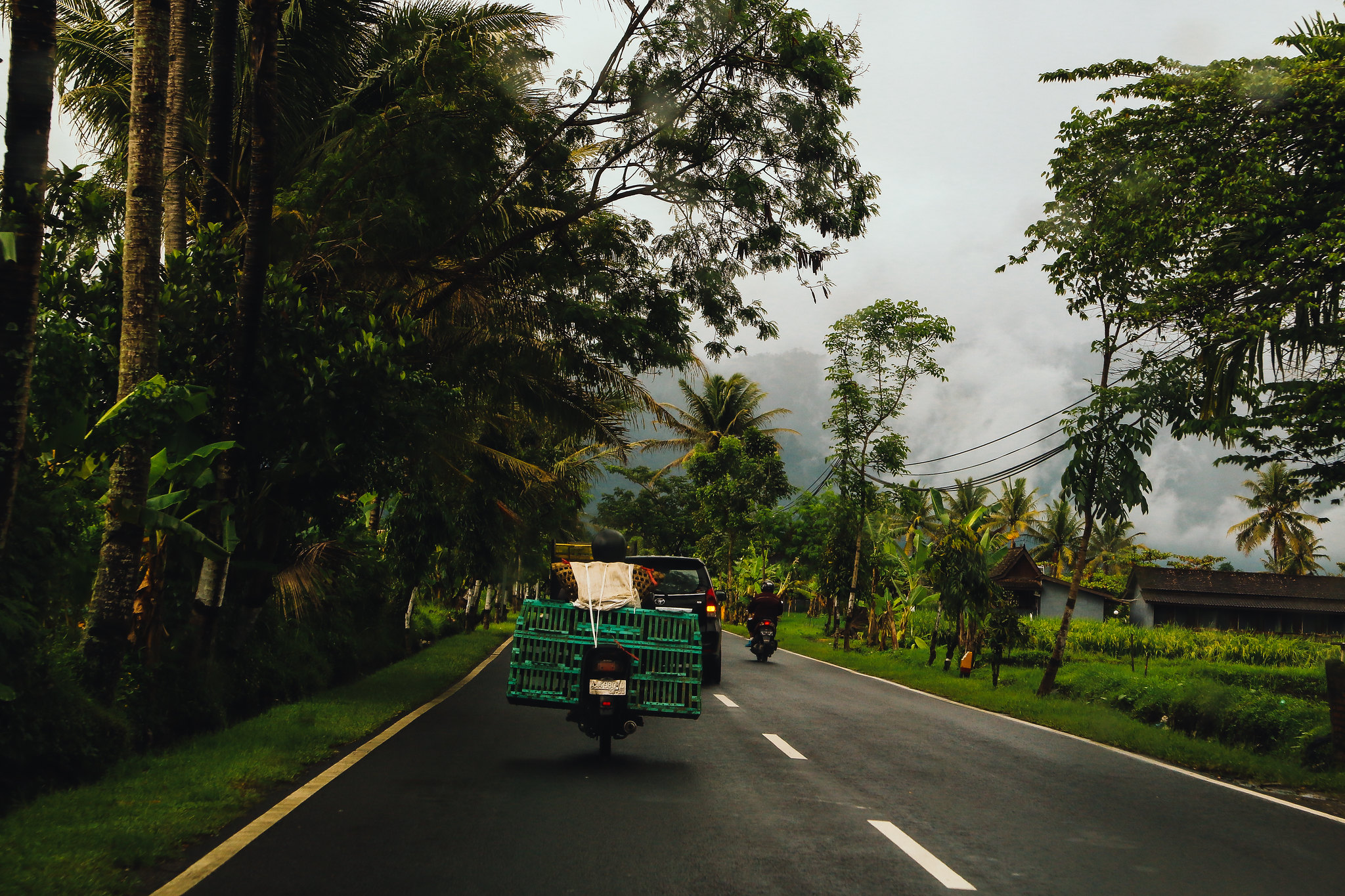 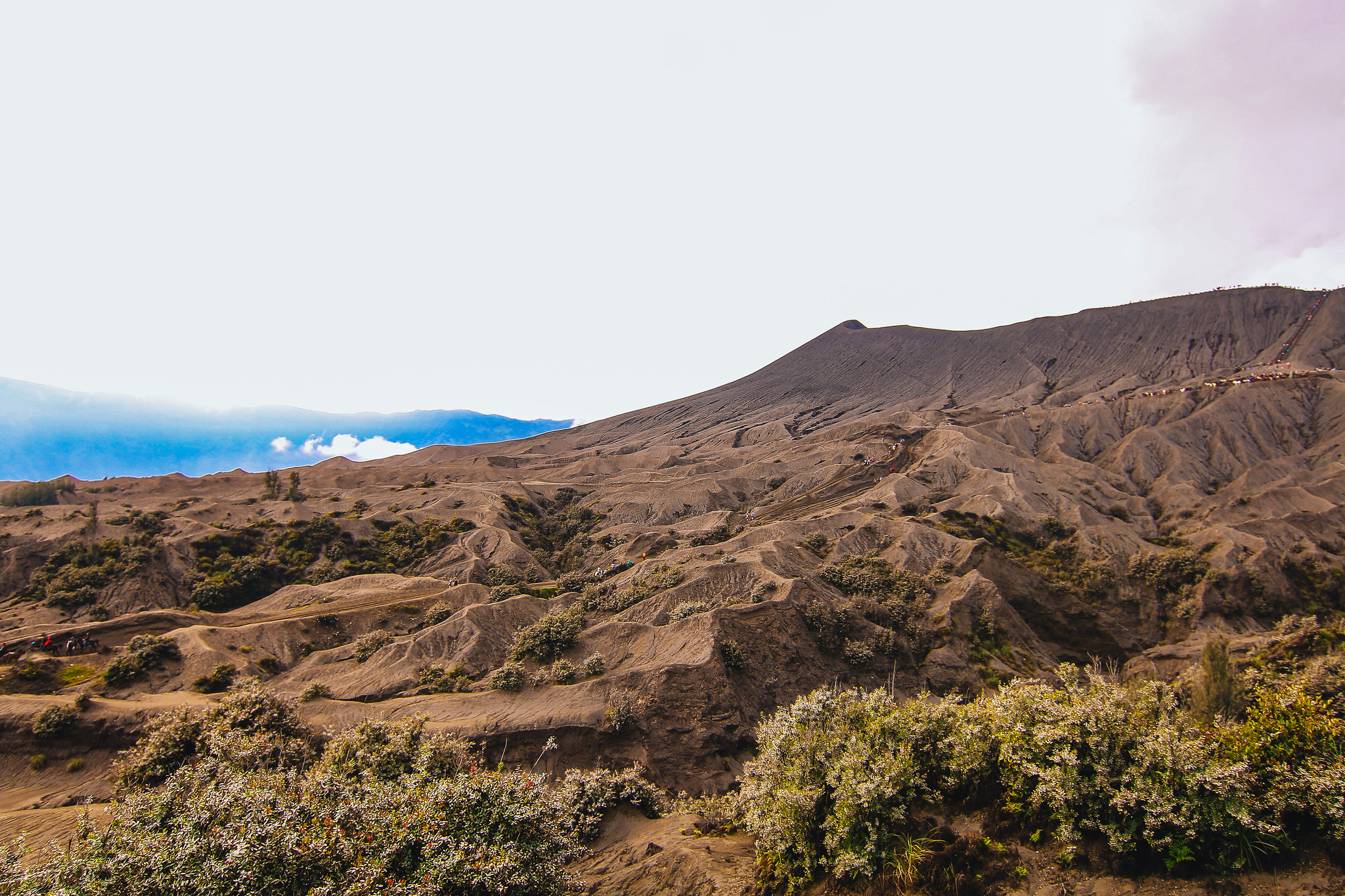 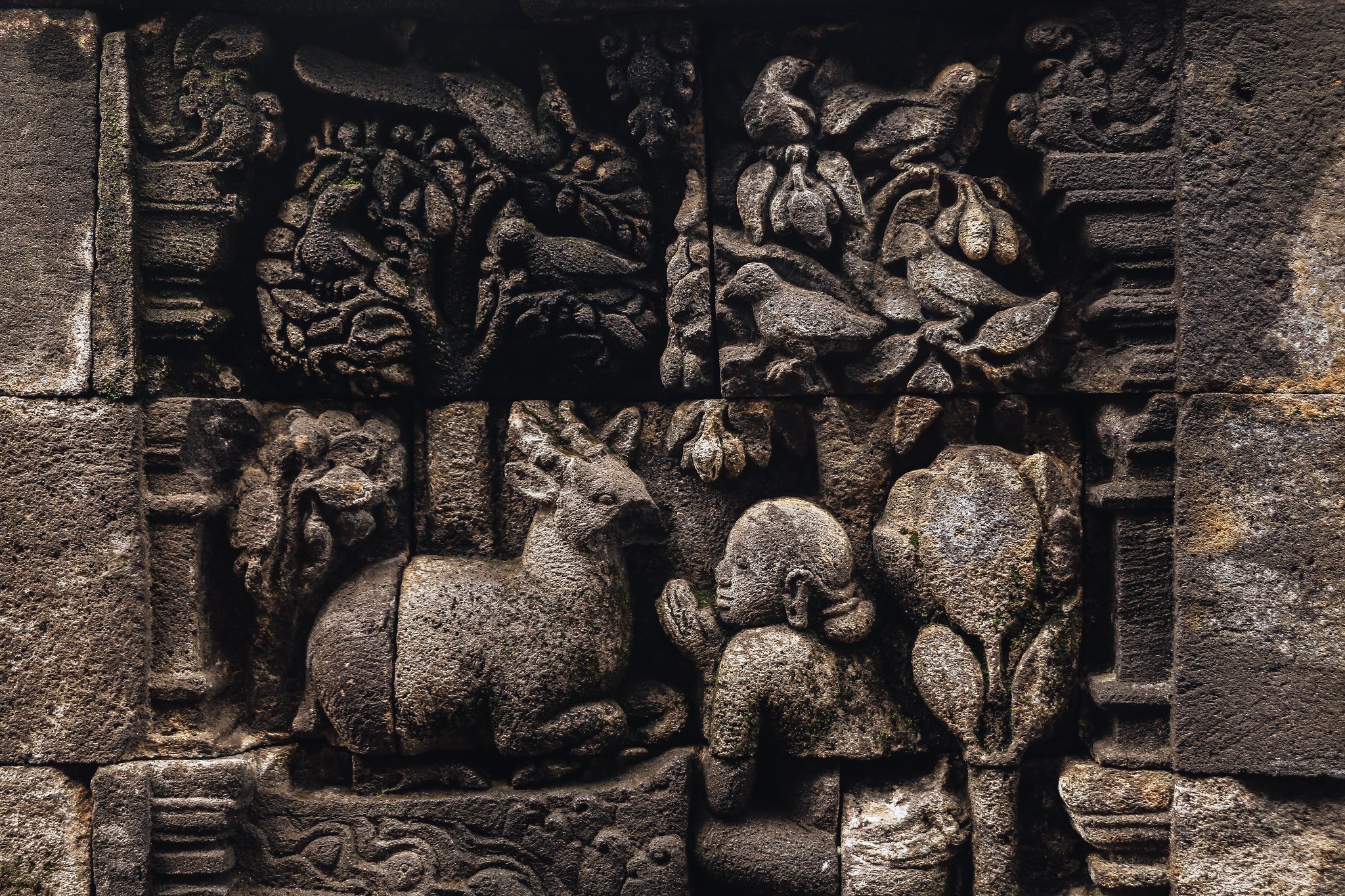 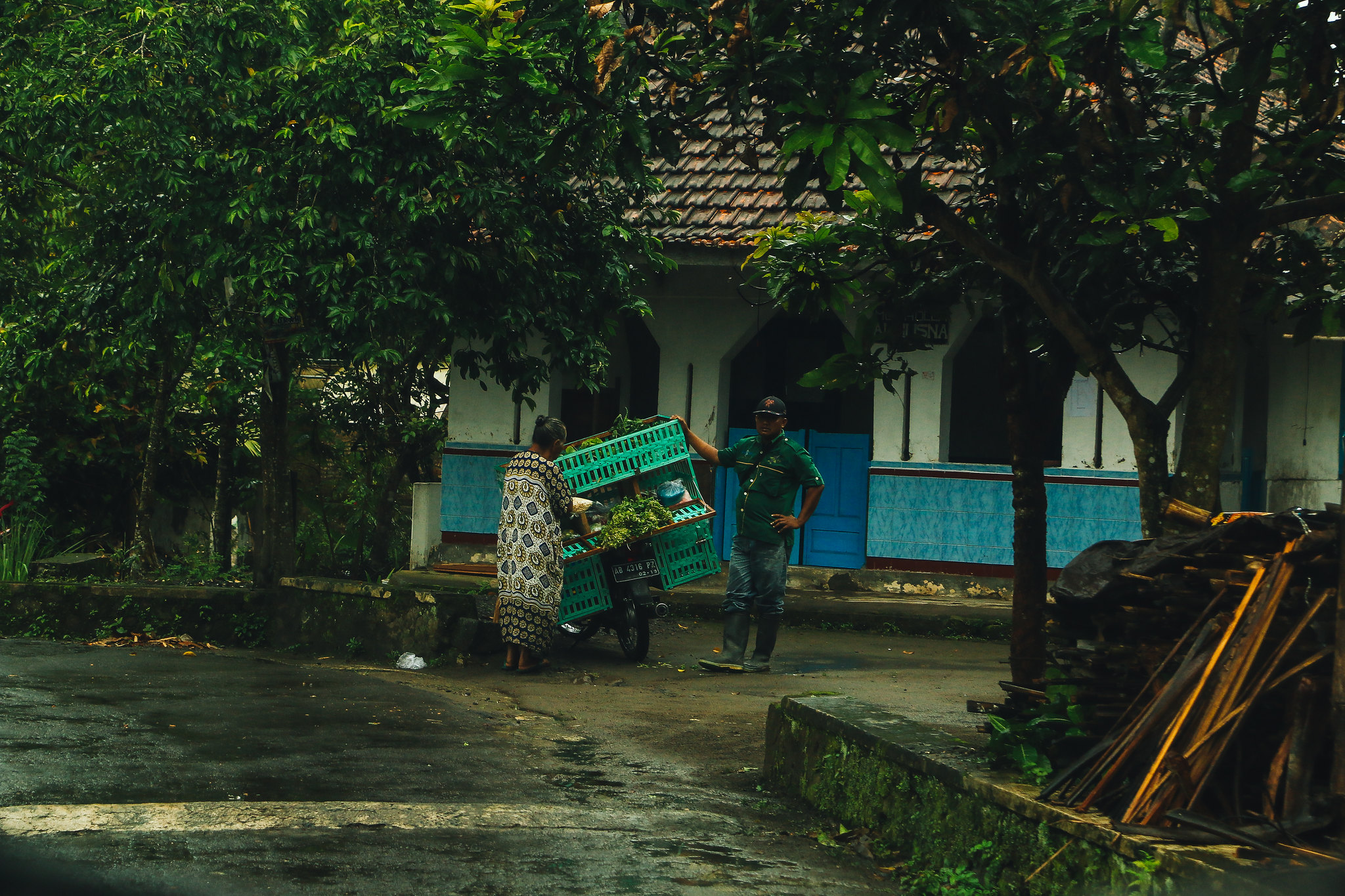 My journey in Indonesia started in the bustling city of Yogyakarta, home to Prambanan and Borobudur, some of the oldest temples and architectural wonders in the world. After getting a glimpse into the ancient world of Java, I ventured on a 24h roadtrip to Bali. Arrived there at the crack of dawn, when the sky was painted in pastel pink colours. The lush rain forest on one side of the road and the Indian Ocean on the other, accompanied by the most beautiful bird songs, were my first encounters with the sensorial-driven experience that Bali had to offer. Besides the beautiful sights, scents and sounds, I also encountered some unique natural wonders and experienced fear and excitement at the same time. Climbing up an active volcano or standing in front of a Komodo dragon, seeing manta rays and dolphins or walking on a pink beach, are some of the wonders that Indonesia had to offer. Here’s wonderful(l) Indonesia: 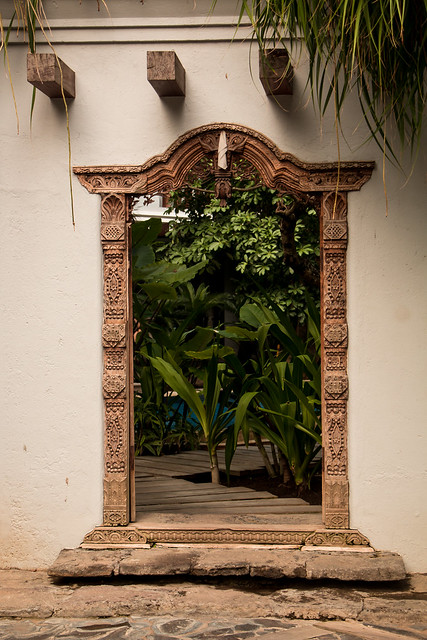 As a traveler you dive into a sensory experience where every new sight, taste, smell or sound are like a breath of fresh air. Whether it’s the early morning call to prayer (with Islam being the dominant religion in the country) or the alluring façades of temples and colorful flora, Indonesia never stops engaging your awareness. 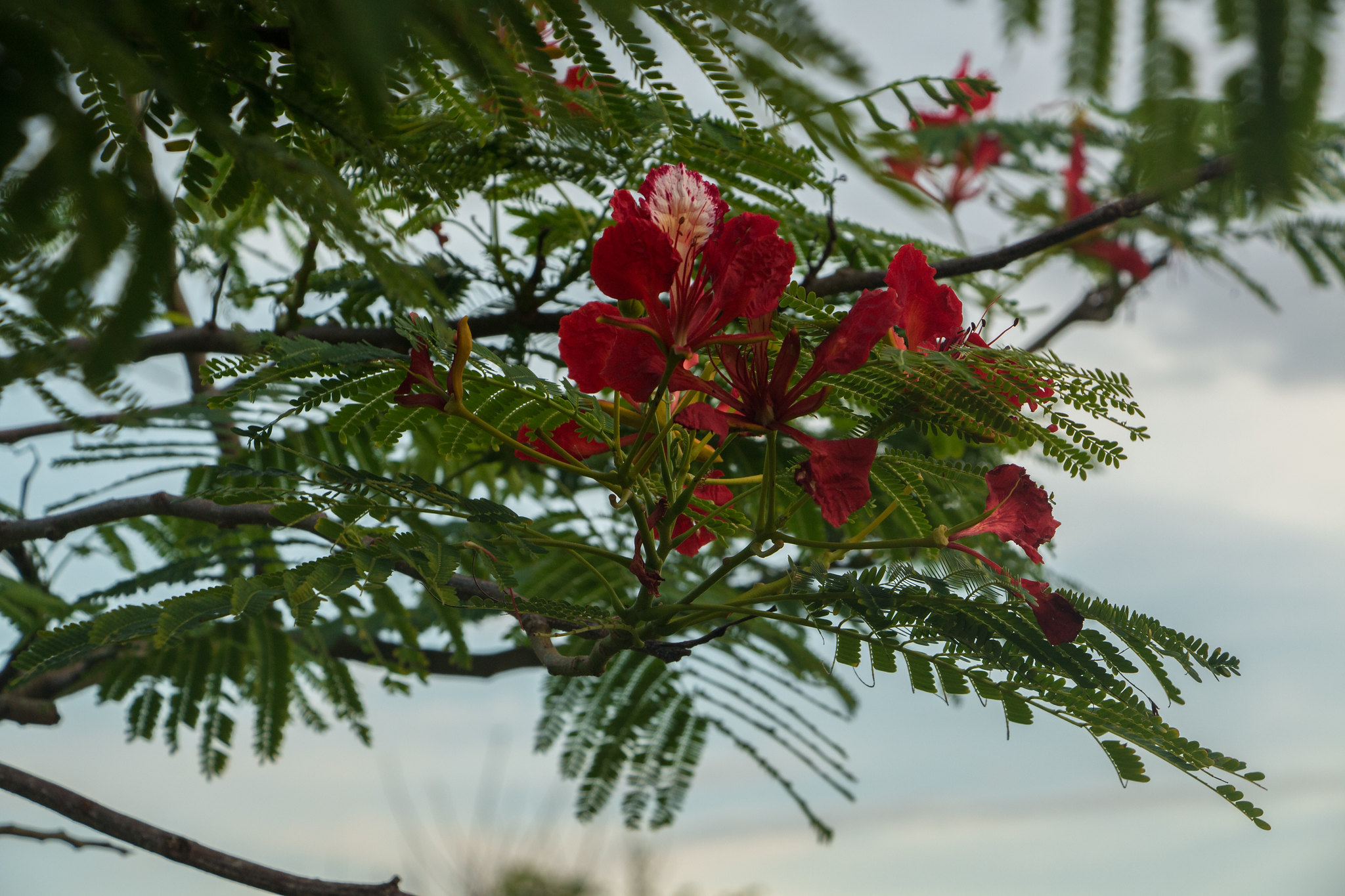 The sight of a mango tree is complemented by a cacophony of mopeds, the most popular means of transport in Indonesia. Wandering through the streets in Bali you come across mini offerings in the shape of woven palm-leaf trays filled with fragrant frangipani flowers, incense sticks and rice. These little offerings adorn every corner of the city and while their aim is to appease the gods, they will also indulge your senses. 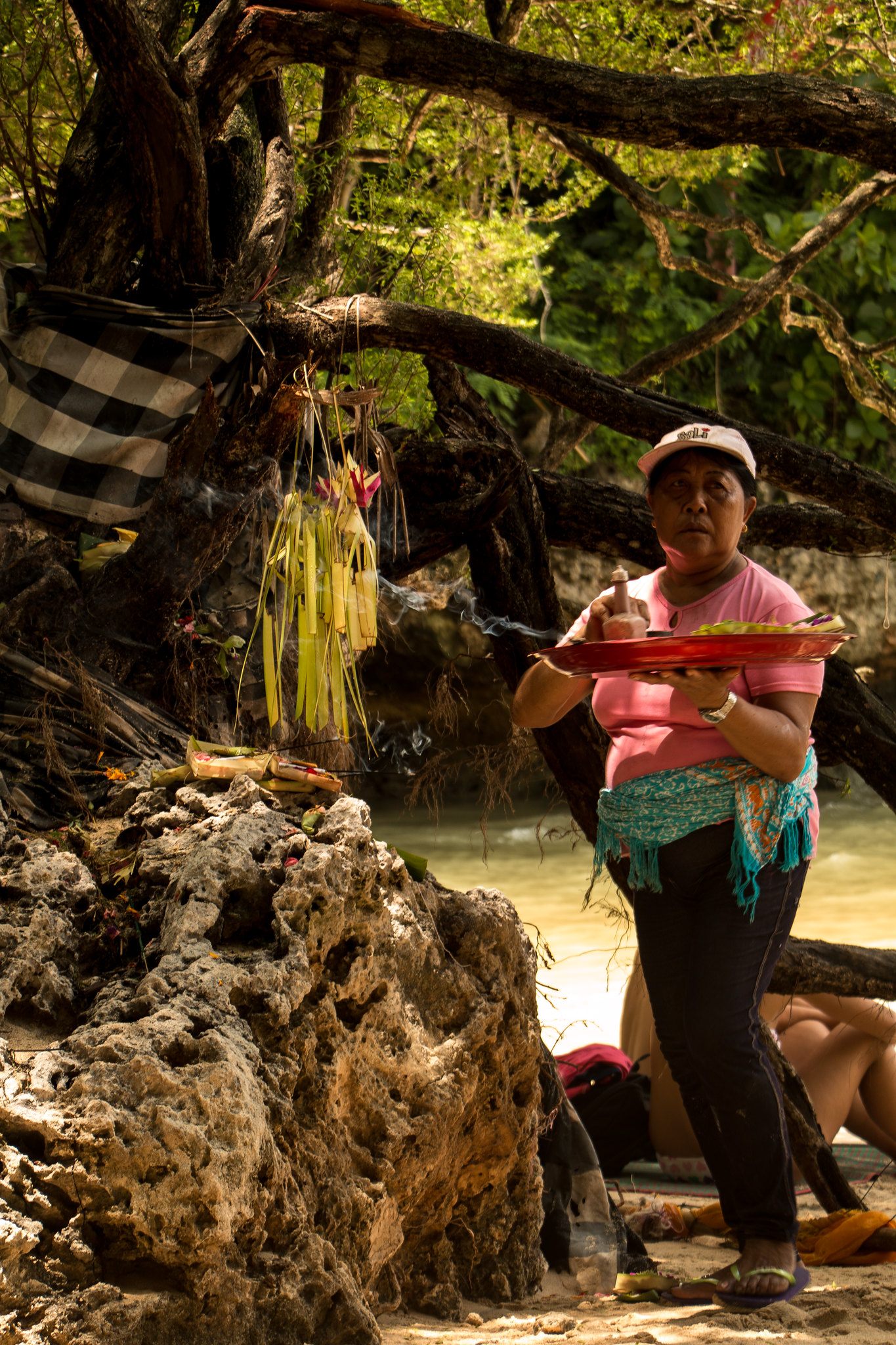 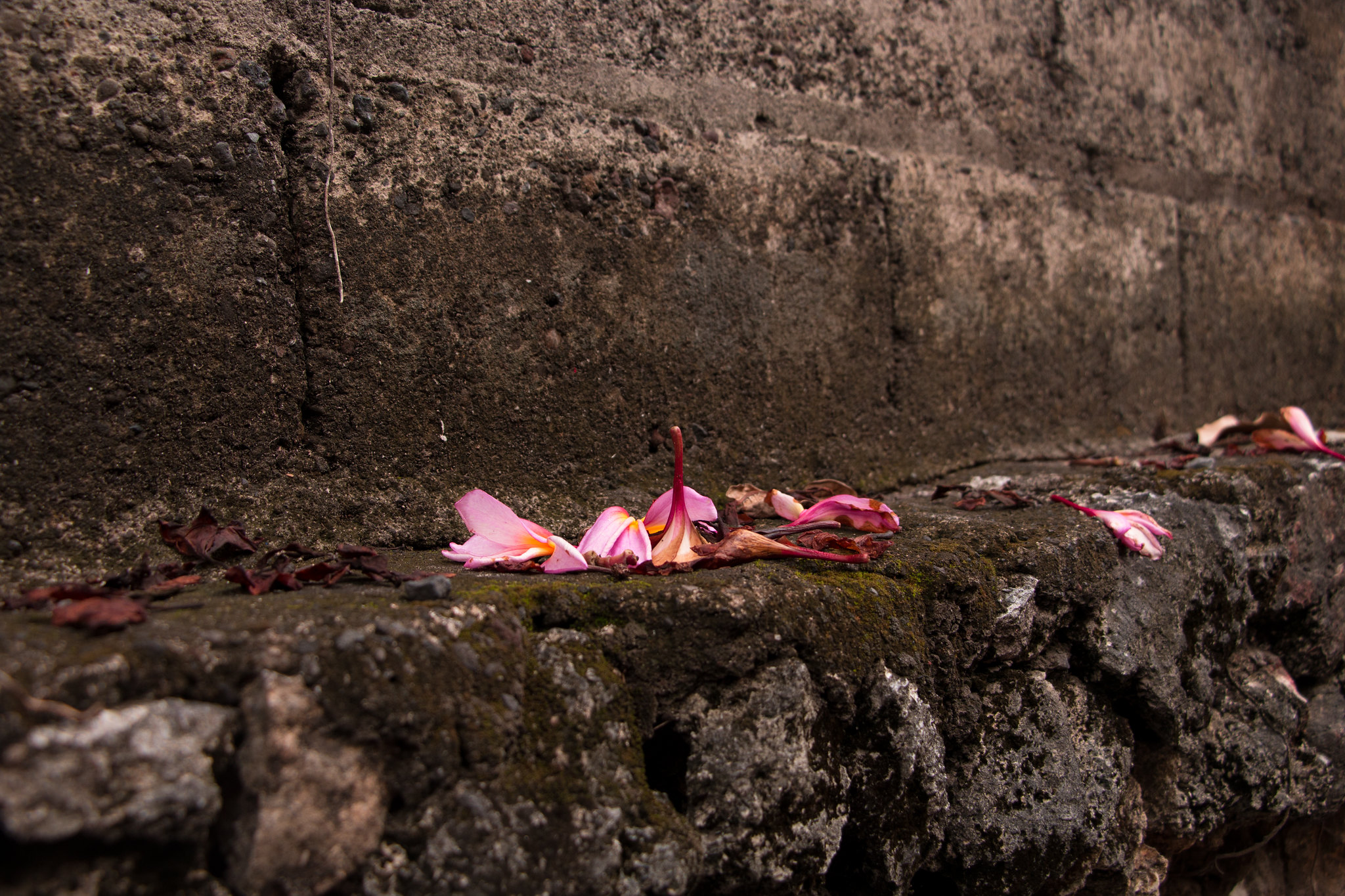 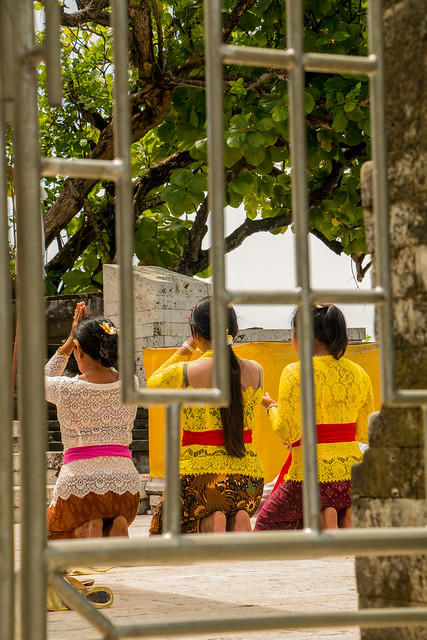 Traveling around Indonesia you’ll be offered the chance to experience its cultural wonders. Culture is a set of beliefs, customs and ideas constantly shaped by historical events, arts, politics, religion and the webs of social life. I’ve only got a glimpse of that, and it was only at the surface of what lies beneath a loaded concept such as culture. For me, these brief encounters with Indonesian culture were through its architecture, cuisine and arts.

Two of the most memorable cultural gems were the Borobudur and Prambanan temples.  Despite having the biggest Muslim population in the world, Indonesia opens up its history books into its significant multi-religious past. While Borobudur rises from the misty jungles Central Java as the biggest Buddhist temples in the world, Prambanan depicts Hindu deities through its impressive stone carvings. Both, UNESCO Heritage sites, are standing proof of  Indonesia’s architectural and cultural richness. Despite being granted this status, both sites are still prone to natural threats such as earthquakes or volcanic eruptions.

-The temple was designed to mimic Meru, the holy mountain, the abode of Hindu gods, and the home of Shiva.

-In 2014, the temple was closed for a short period due to the eruption of Kelud volcano, which brought over clouds of volcanic ash to the area. 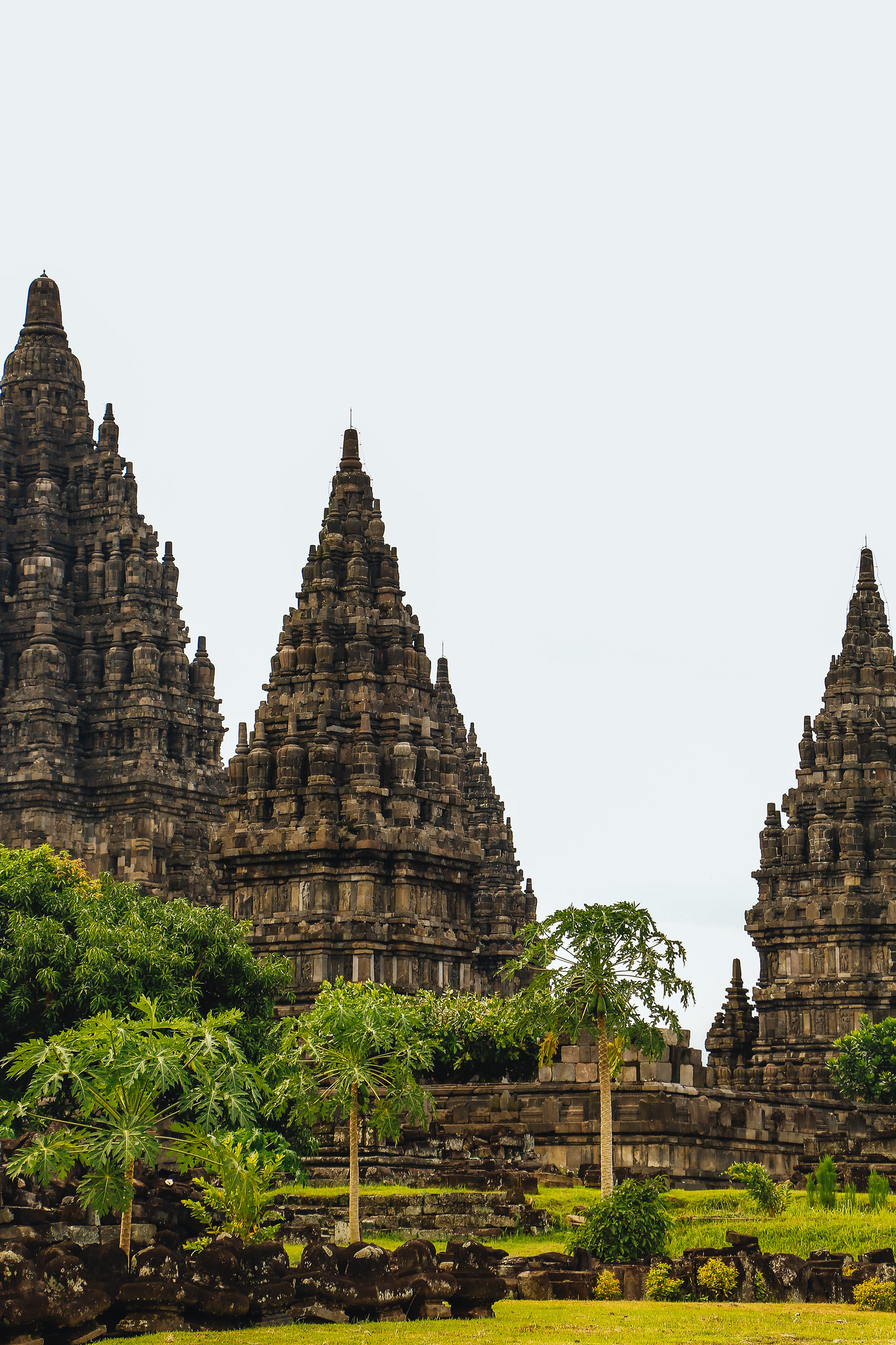 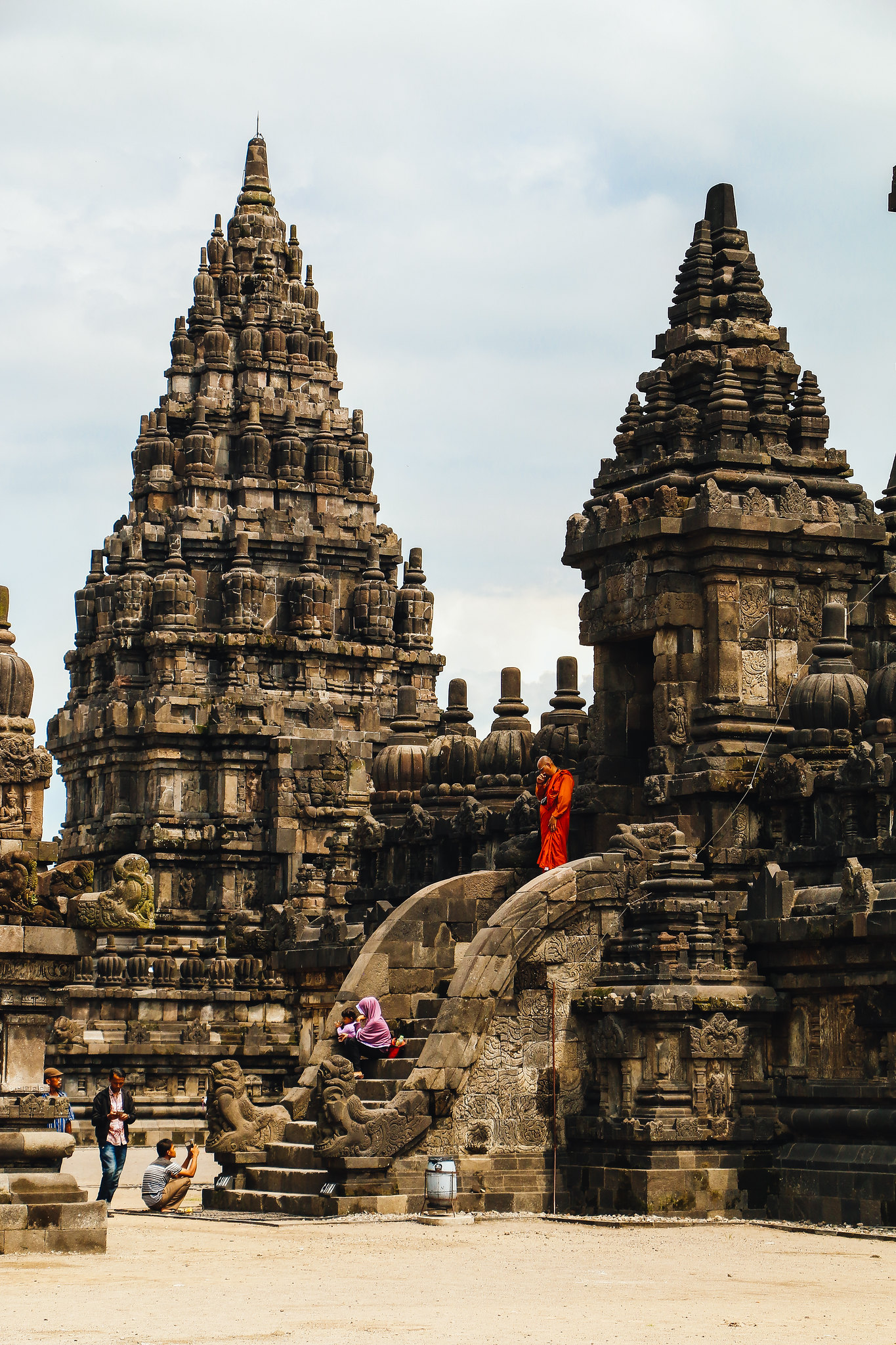 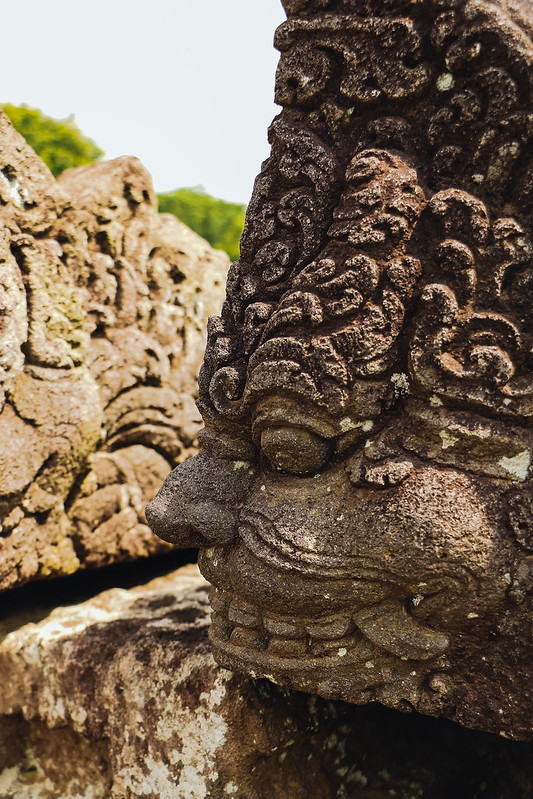 -There are 2672 relief panels and over 500 Buddha statues

-The temple was mysteriously abandoned and it lay under volcanic ash and the jungle growth for centuries. It was only in 1835 that the temple was unearthed.

-In 2010 Mount Merapi erupted and covered the temple with a 2.5cm layer of volcanic ash. 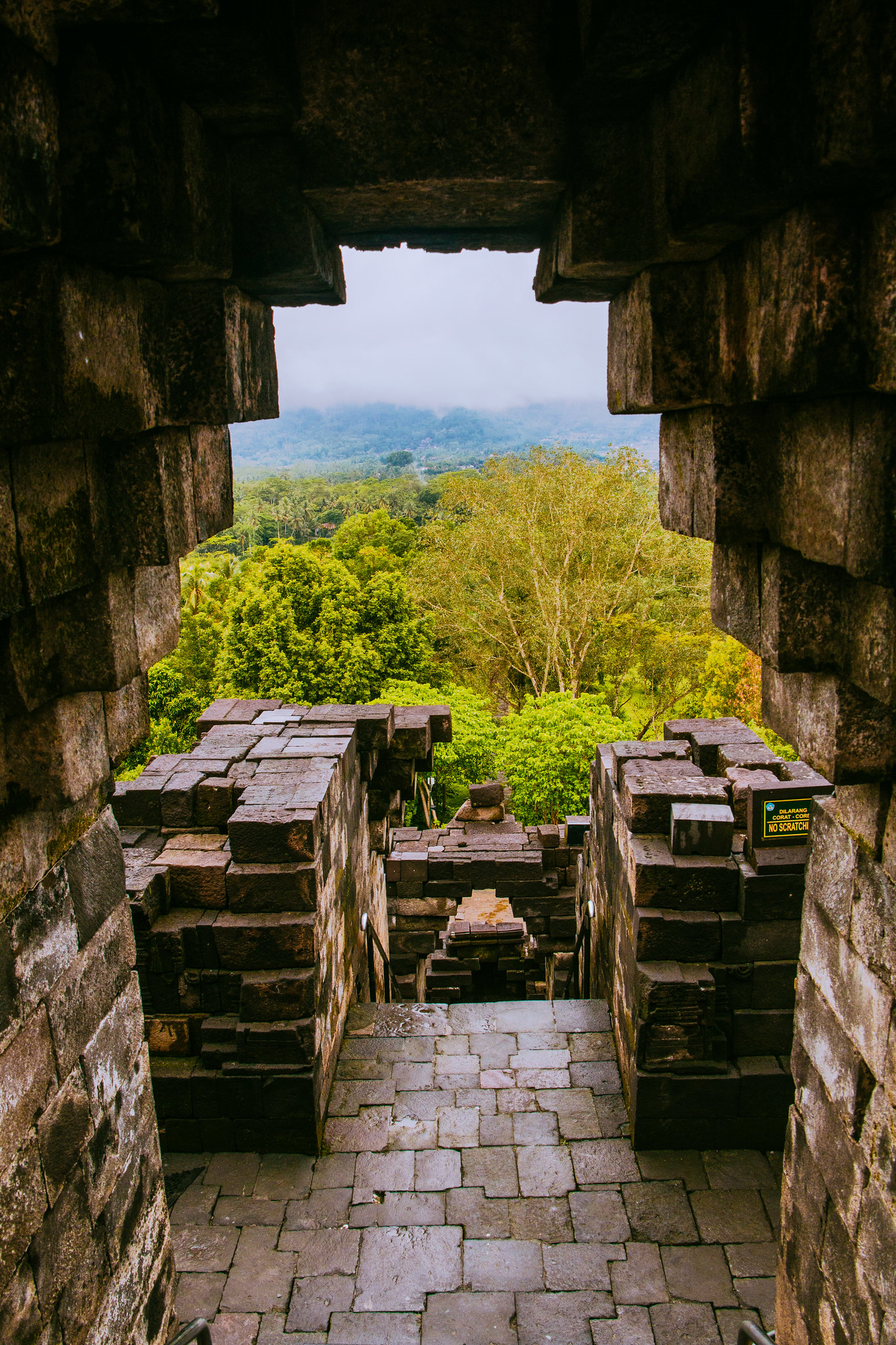 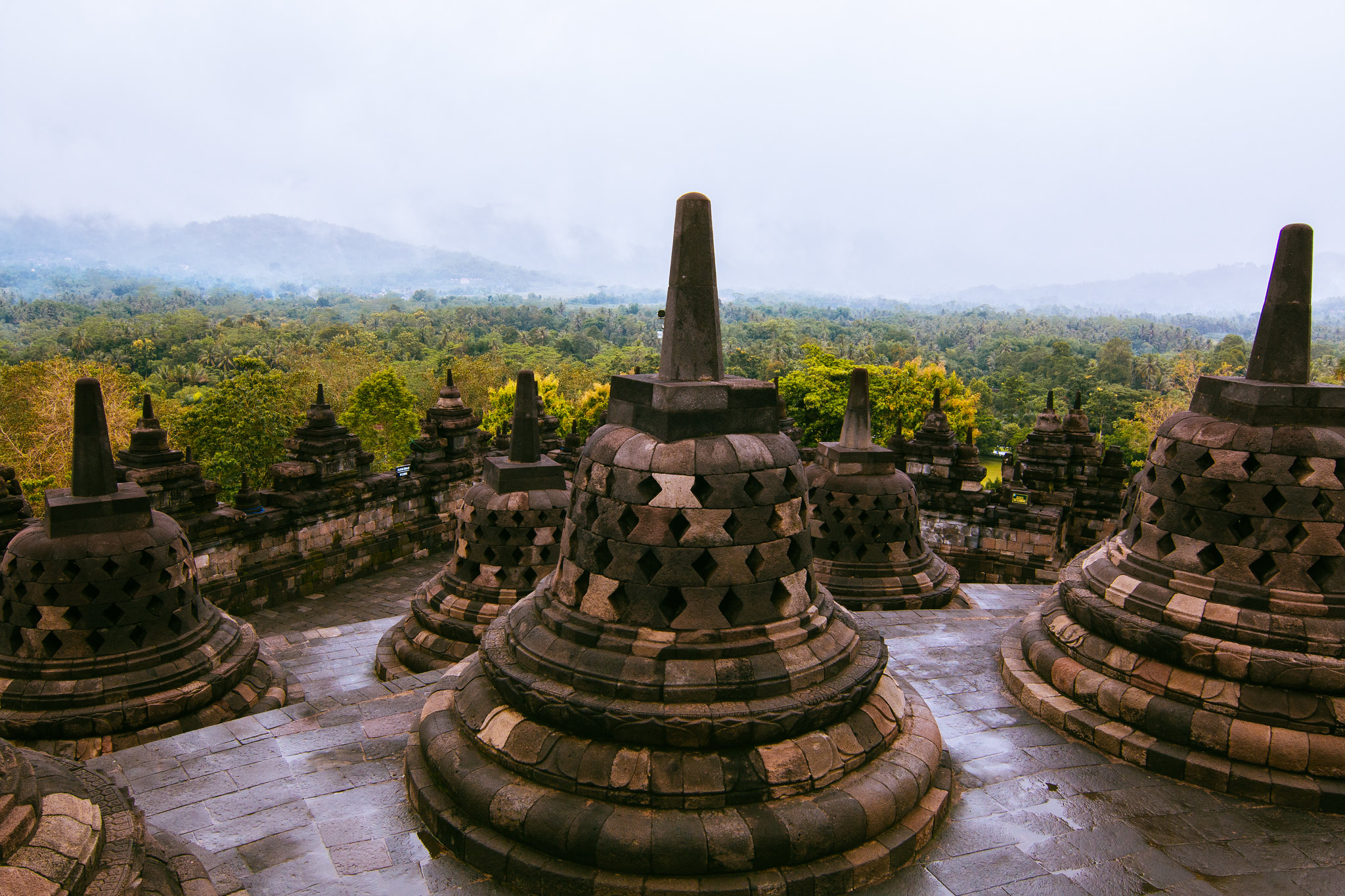 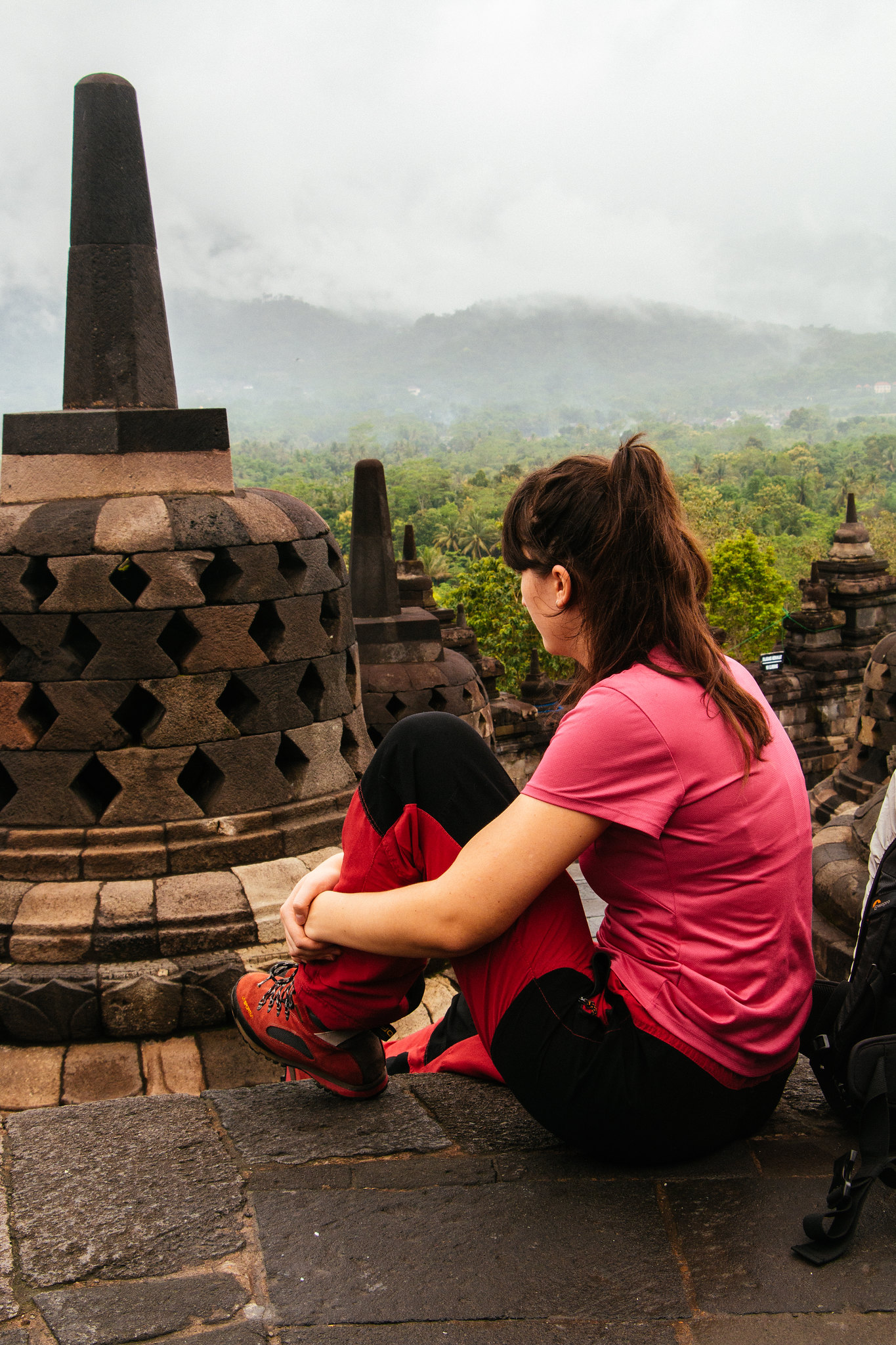 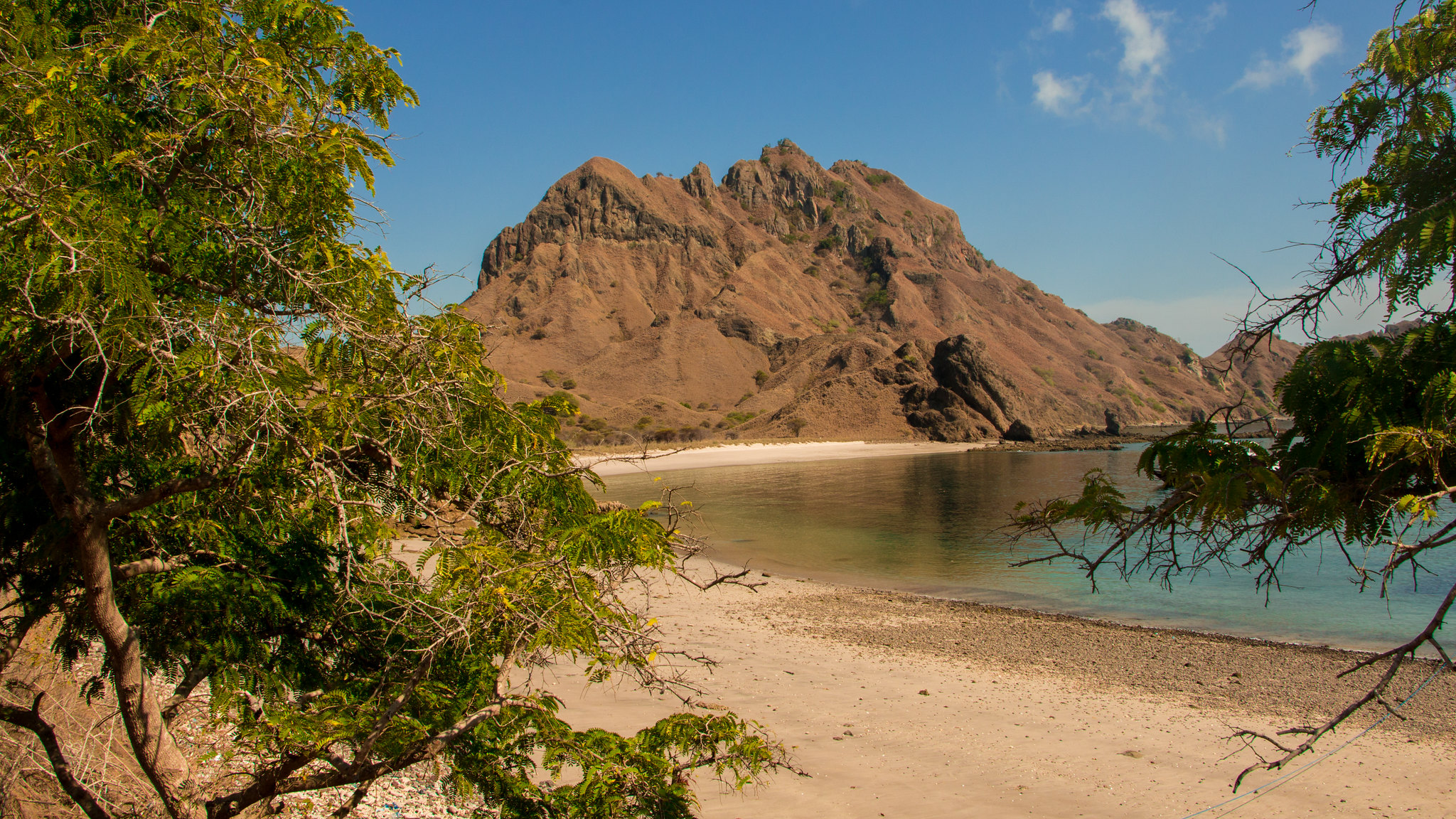 Sitting on the Pacific Ring of Fire as well as lying along the Equator, Indonesia is home to some of the most impressive natural wonders in the world. The land is made of thousands of volcanic islands and peaks rising from lush rainforests while the sea hosts a spectacle of marine life. 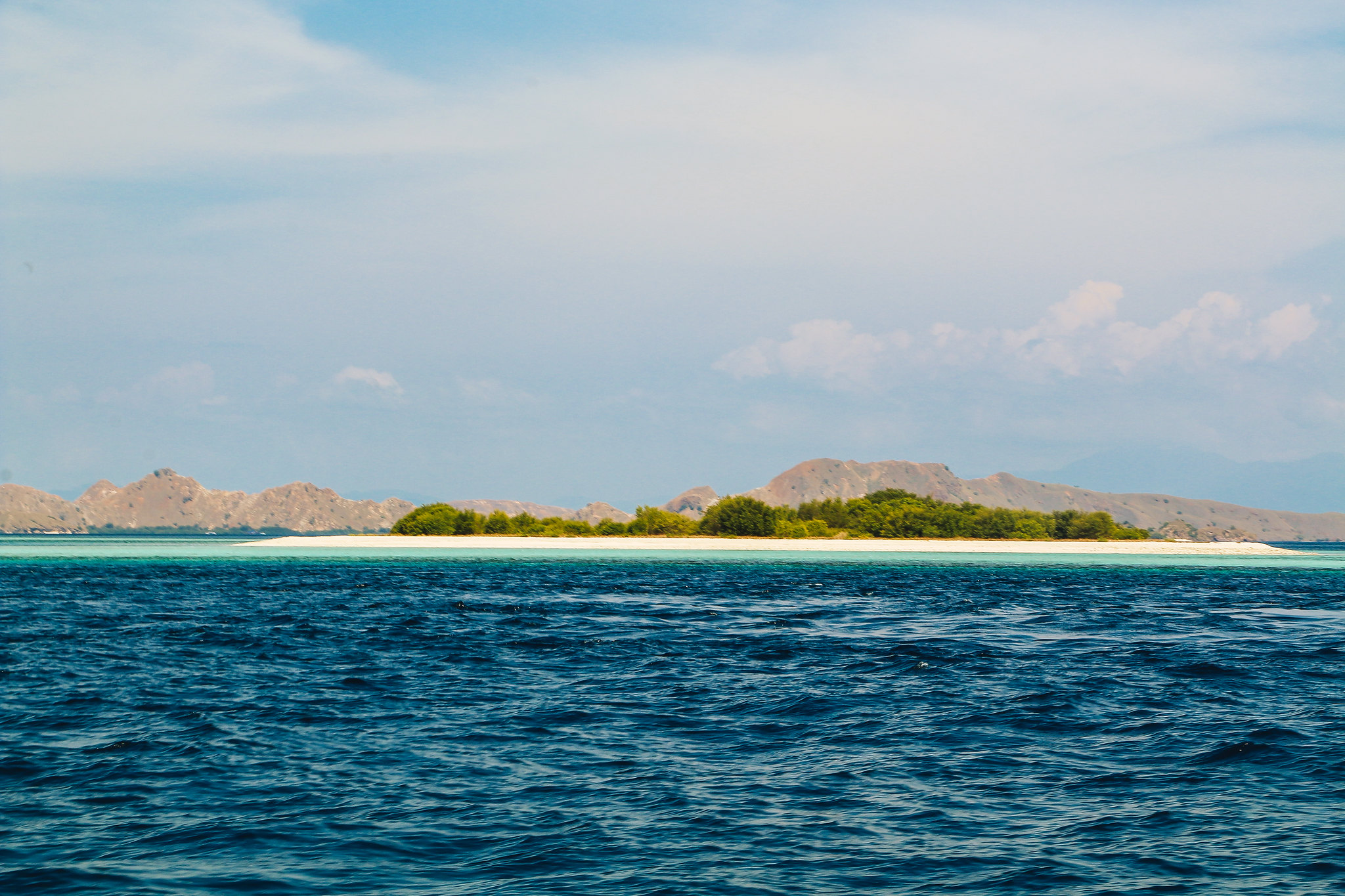 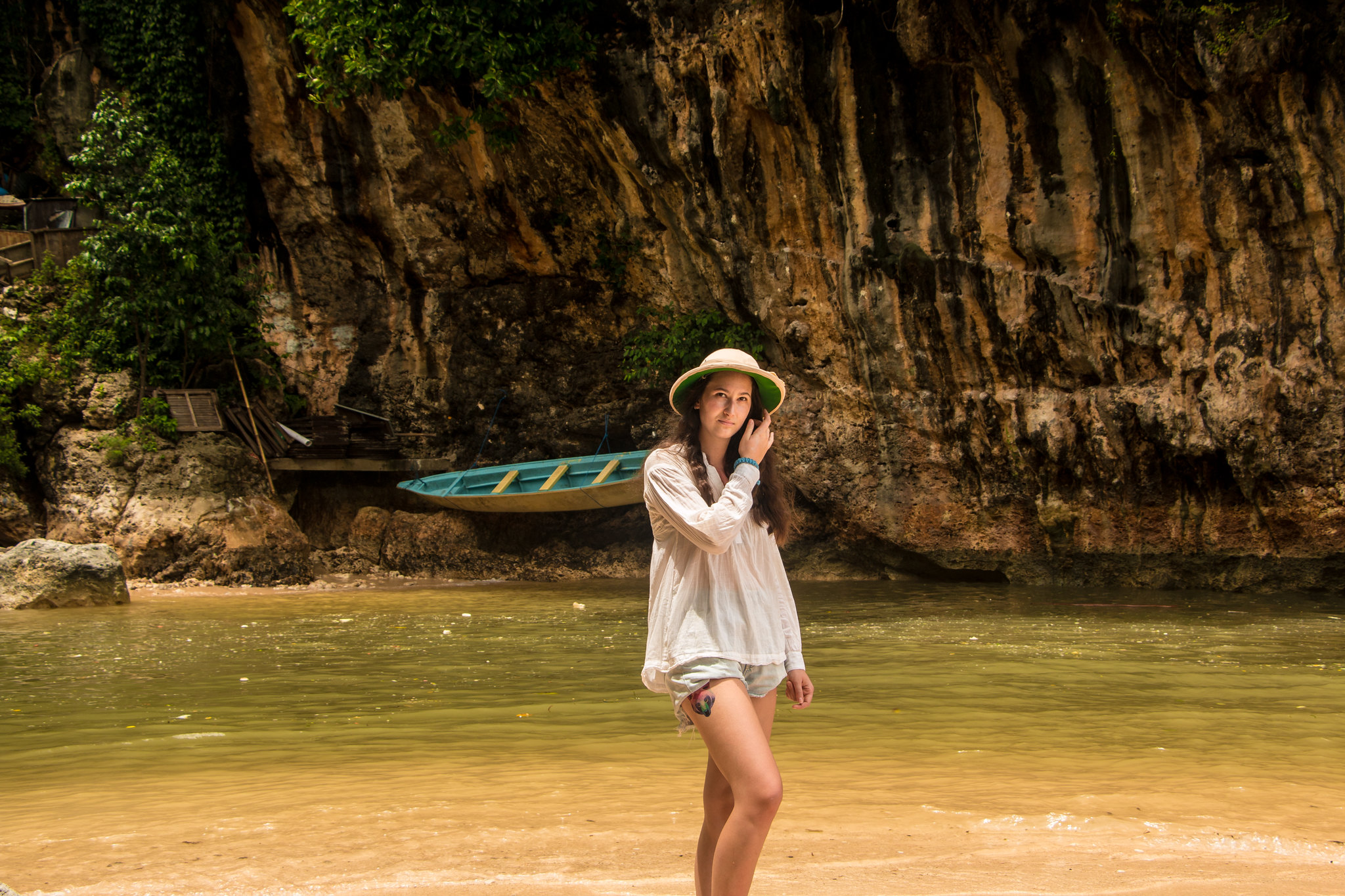 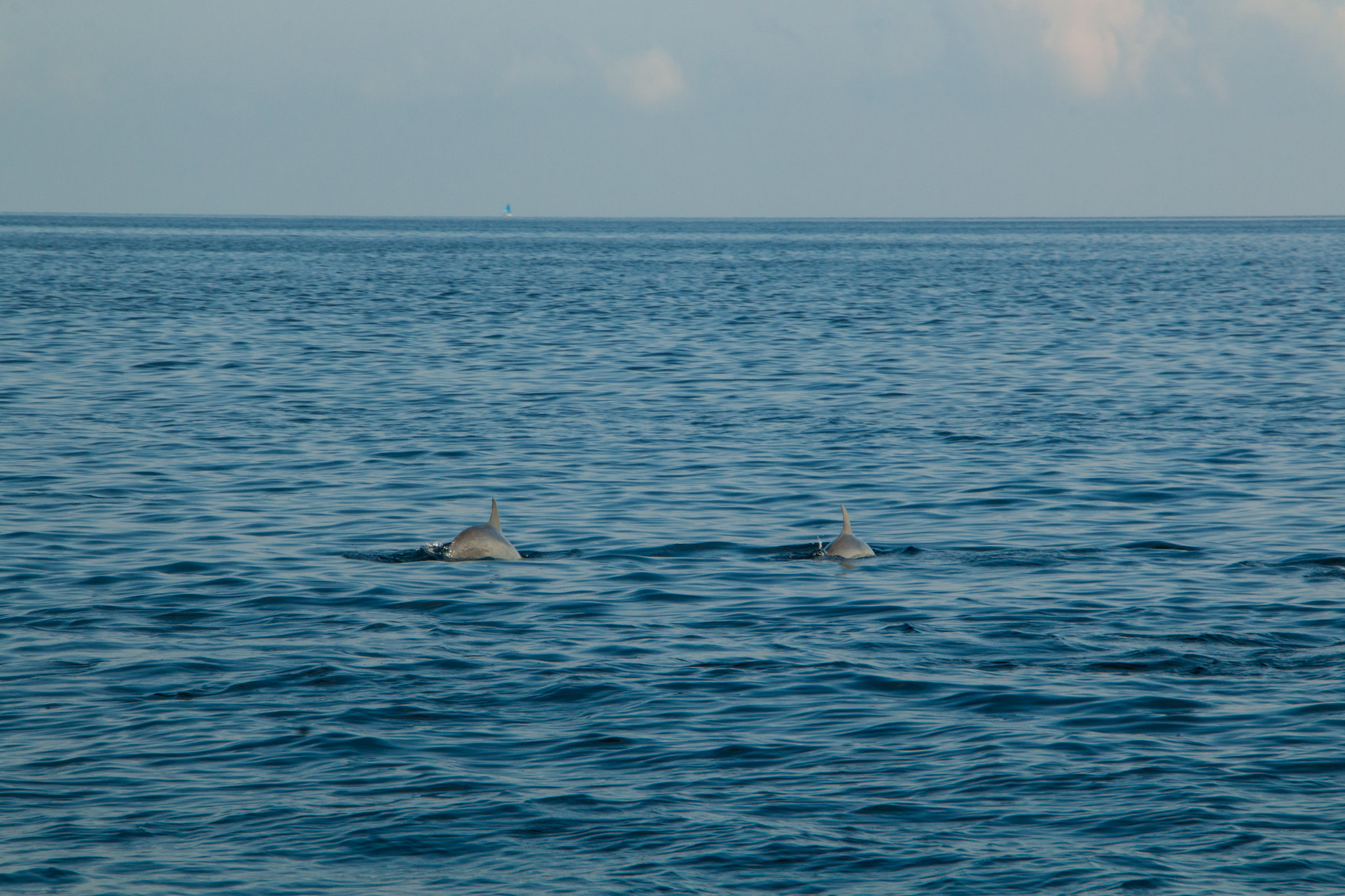 East Nusa Tenggara
The East Nusa Tenggara province is the epitome of Indonesia’s natural beauty. Home to the Komodo National Park, this place will reveal some unspoilt treasures. Tiny islands that look like dormant giants are scattered everywhere, all with their own distinct shape and colour. 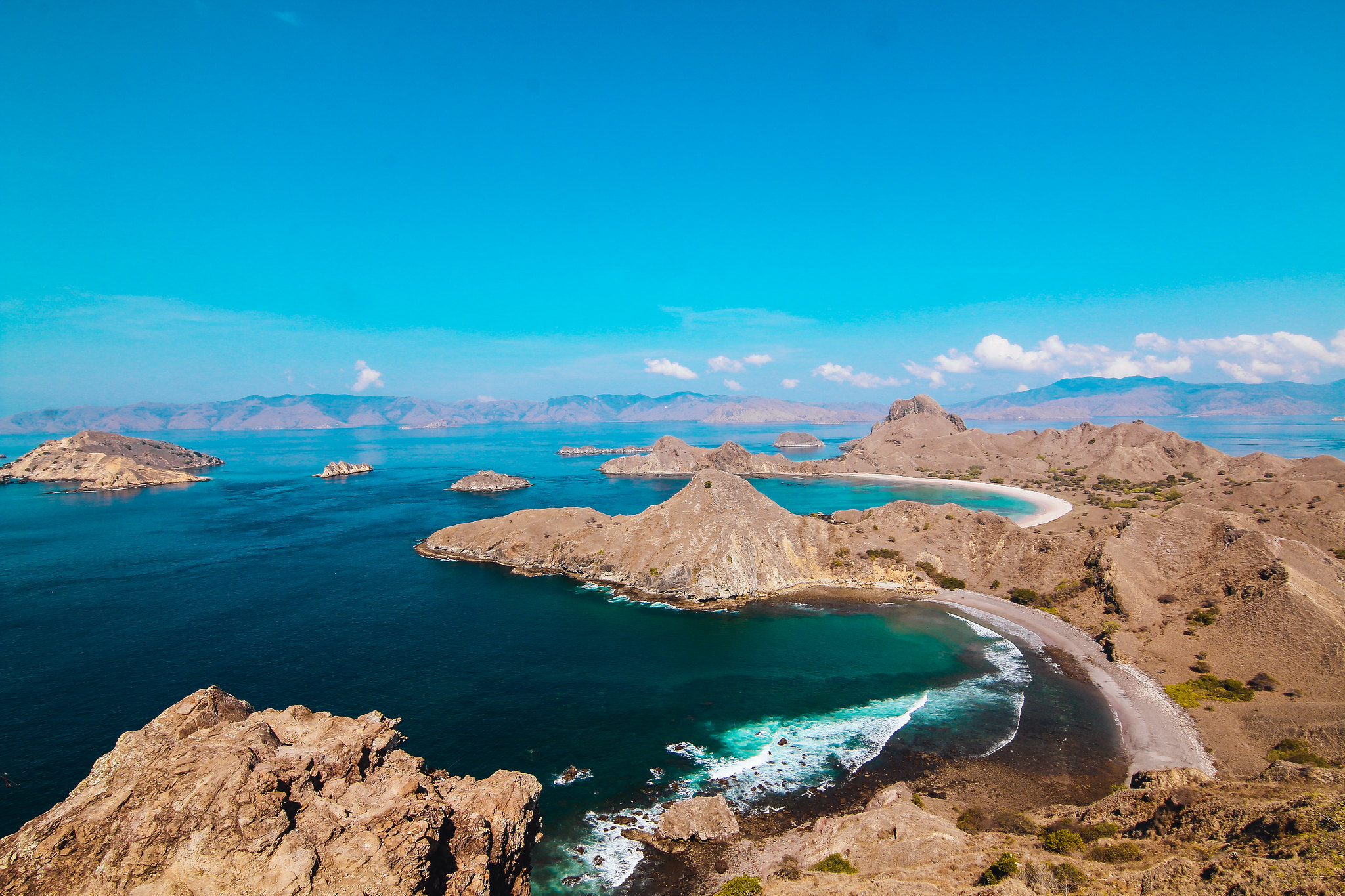 Padar Island is particularly known for its great views from the top. It you book a day trip to the Komodo National Park, make sure this spot is on the itinerary. Don’t forget your hiking boots, as the climb can be quite steep at times. Once your reach the top you’ll be rewarded with the most beautiful view of the Komodo land. 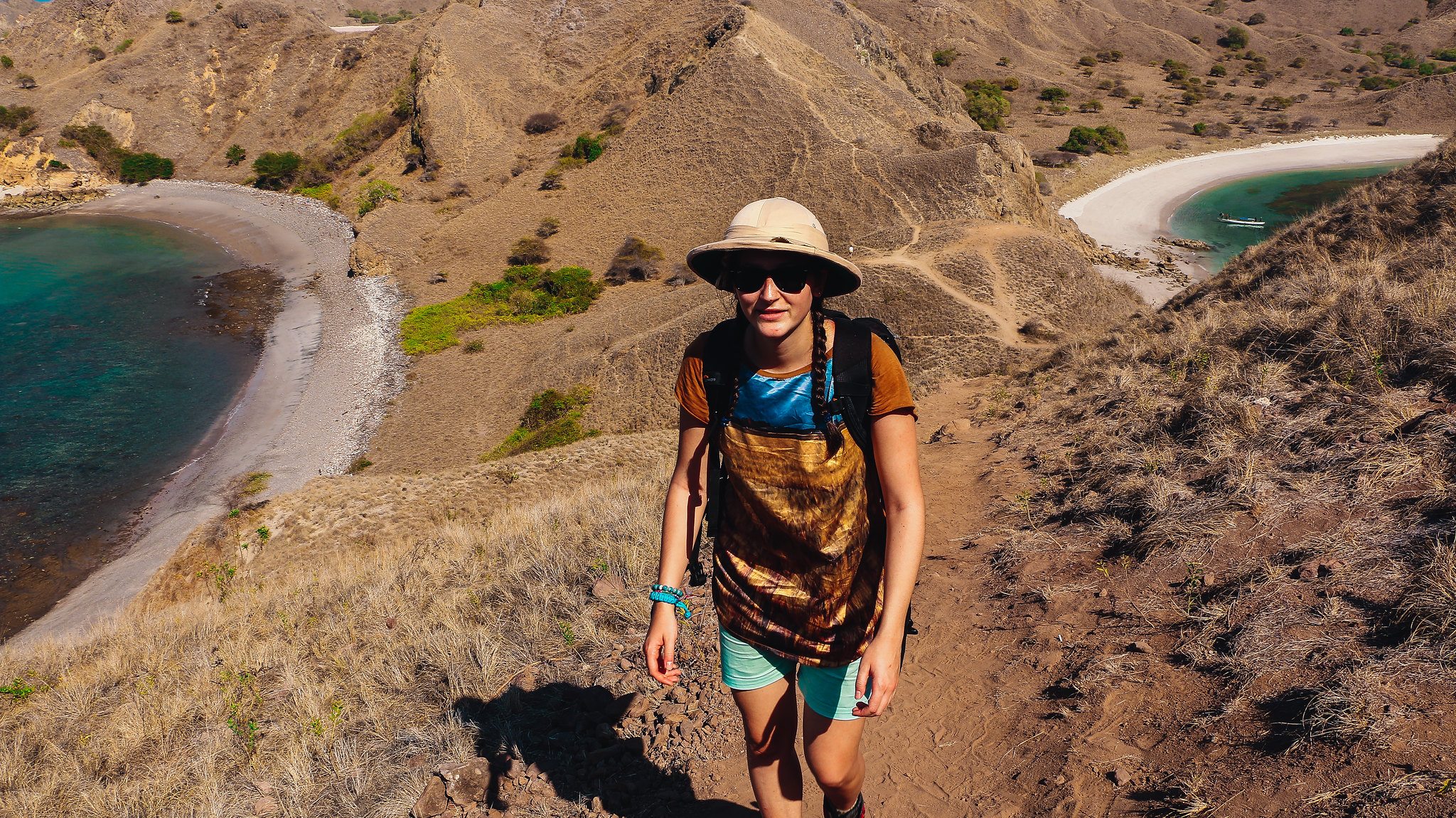 Komodo National Park prides itself with one of the few pink beaches in the world. This natural wonder gets its striking colour from the tiny fragments of coral that mix with the white sand and then produce this soft pink hue, visible along the shoreline. Besides the fairytale scenery, the beach is also a great spot for snorkeling, thriving with corals and marine species (underwater photos from my travel buddy, Vladas, who’s seen some amazing stuff while snorkeling). 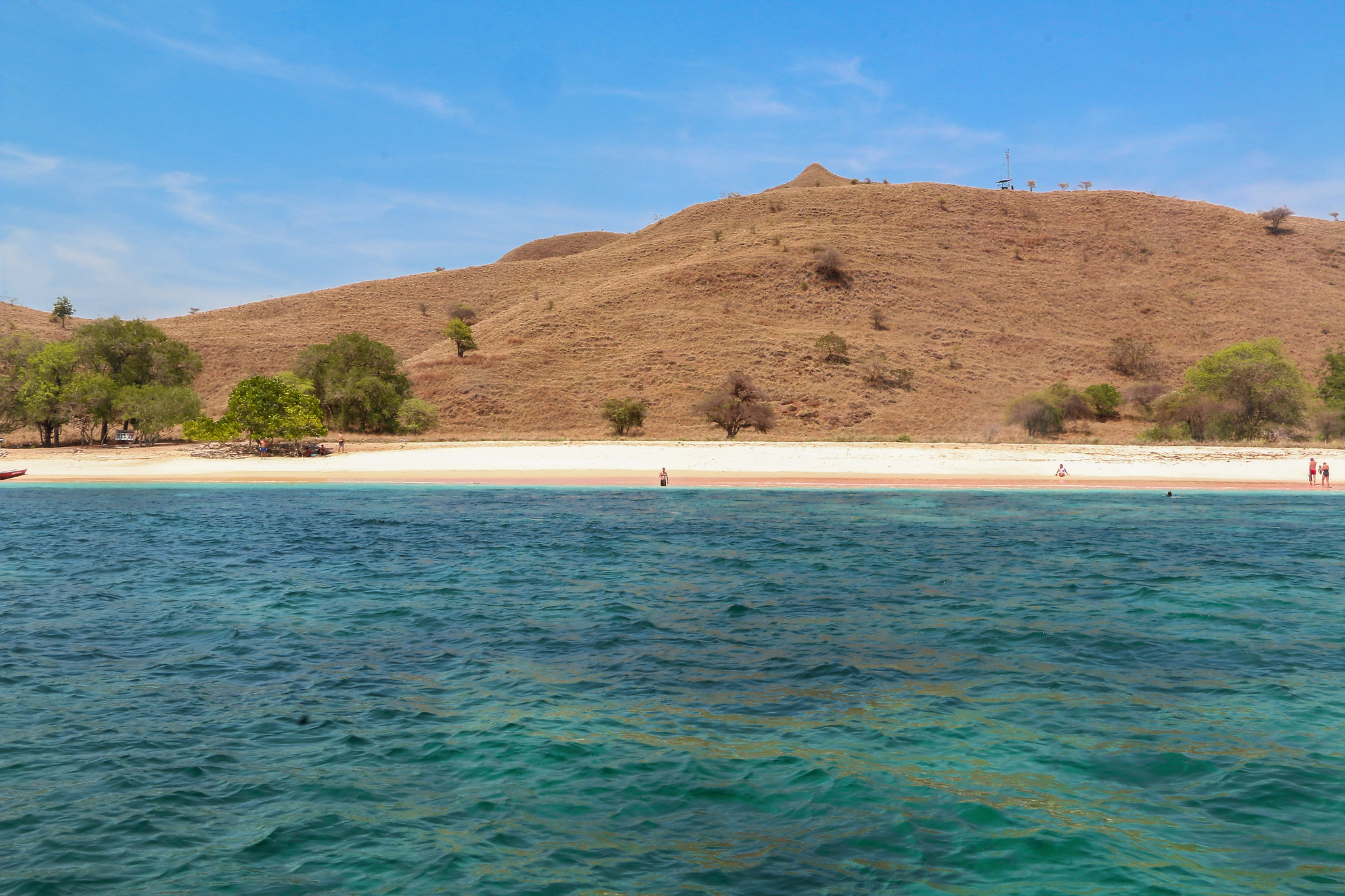 Rice fields are a common sight, Indonesia being the third largest rice producer in the world after China and India. The beauty of the rice field creates a scenery straight out of a postcard. Particularly famous for that are the Tegalalang’s rice terraces in Ubud. Despite being a very touristy site, you’ll be able to find a quit place and enjoy the beautiful view from the top. 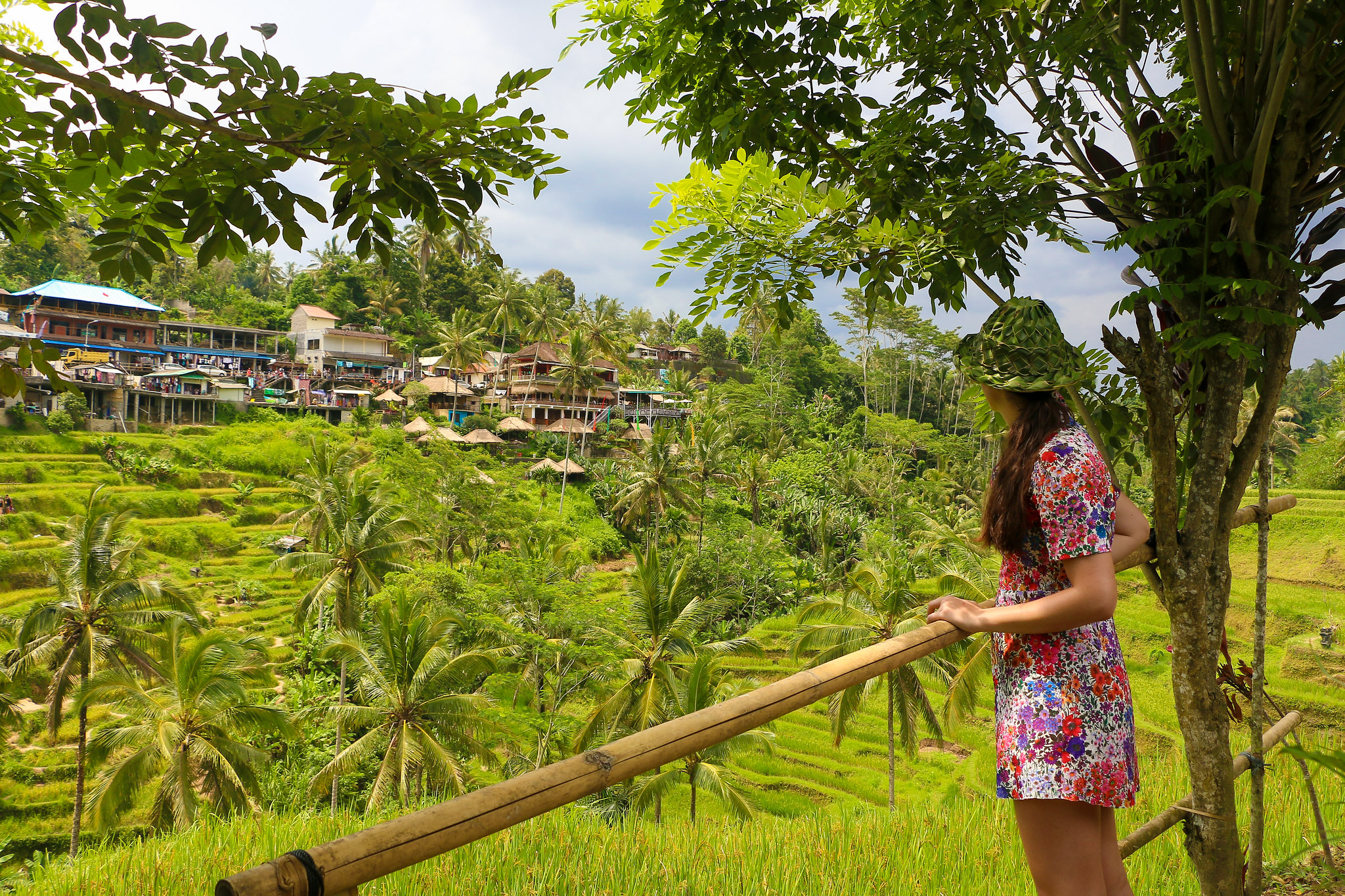 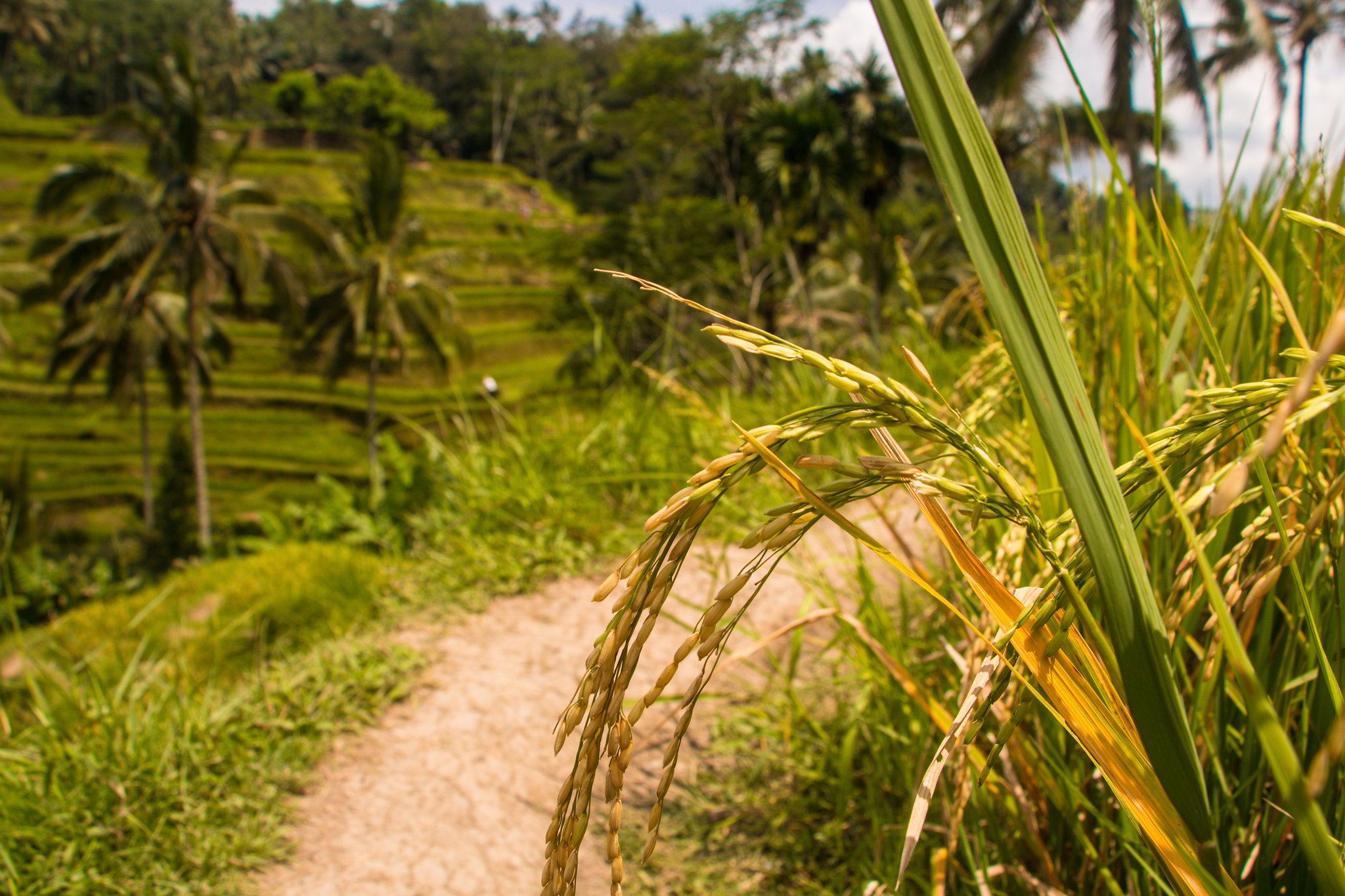 Mt. Bromo
If you’re a big fan of views-from-atop why not climb an active volcano? The geography of Indonesia is dominated by volcanoes, some of them being notable for their eruptions. Mt. Bromo (2,392m) is one of them, offering breathtaking views despite its relatively small altitude when measured against other volcanoes in Indonesia. The Sea of Sand that surrounds this volcano as well as the views from the caldera will not disappoint. 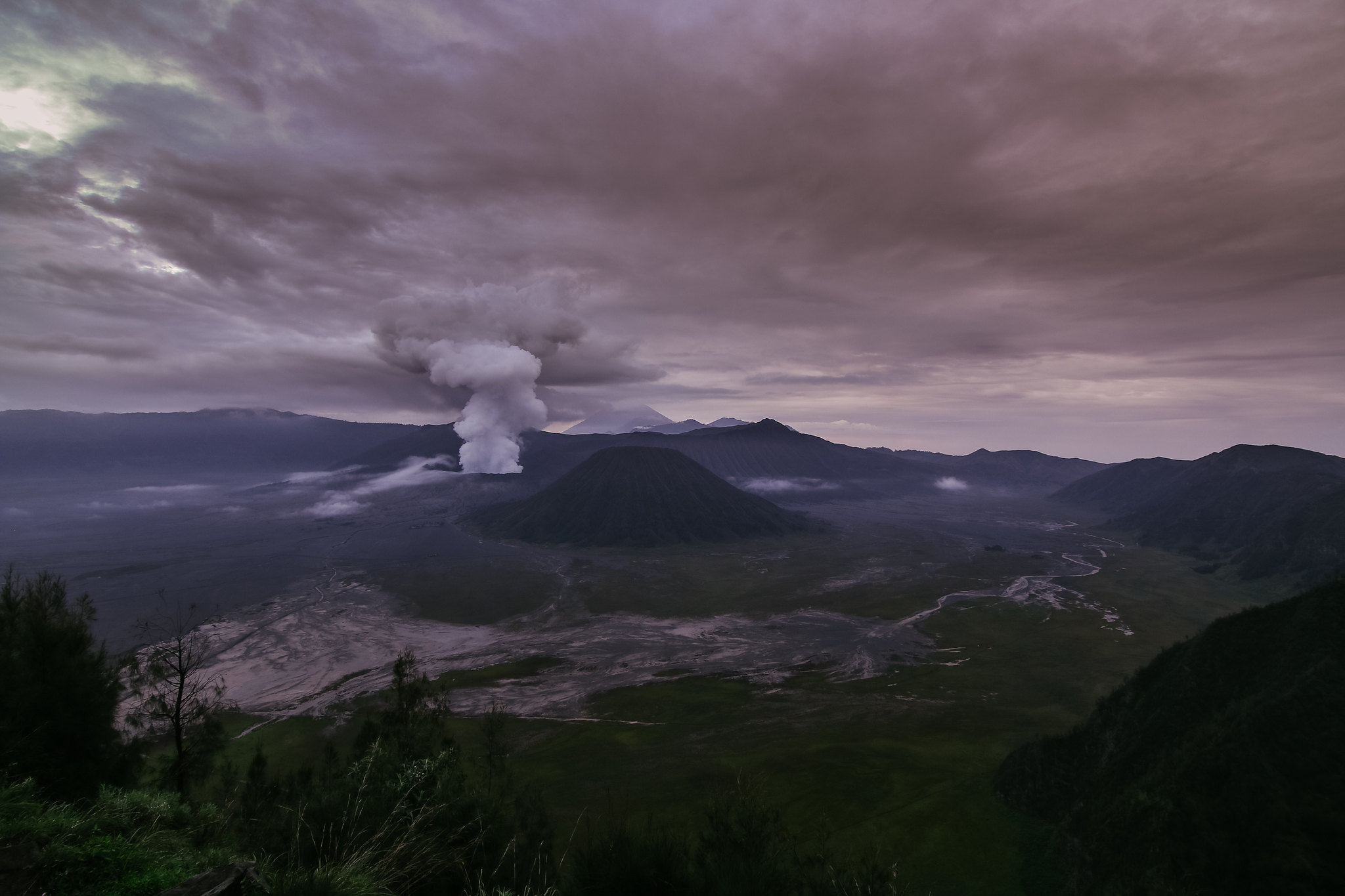 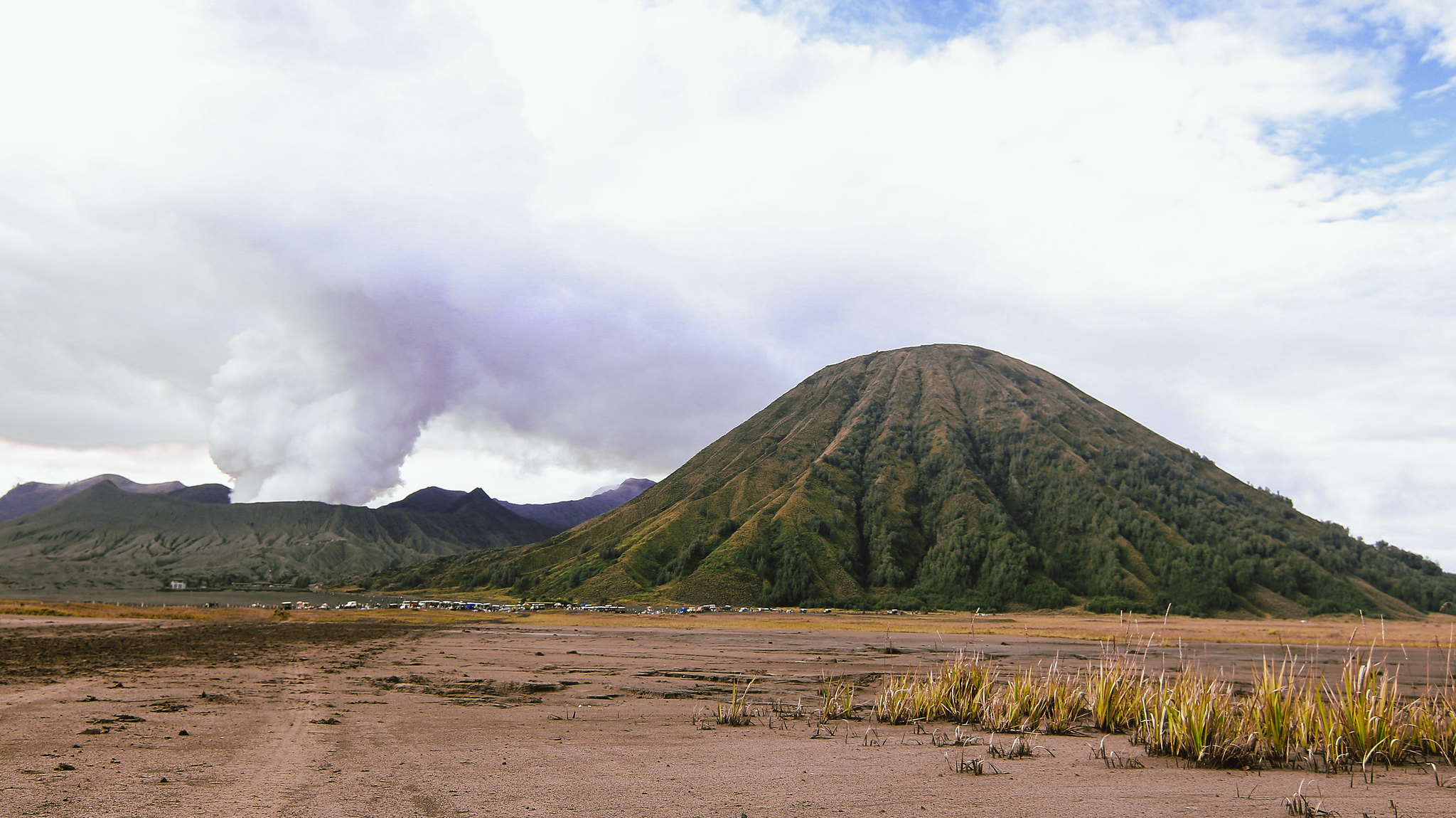 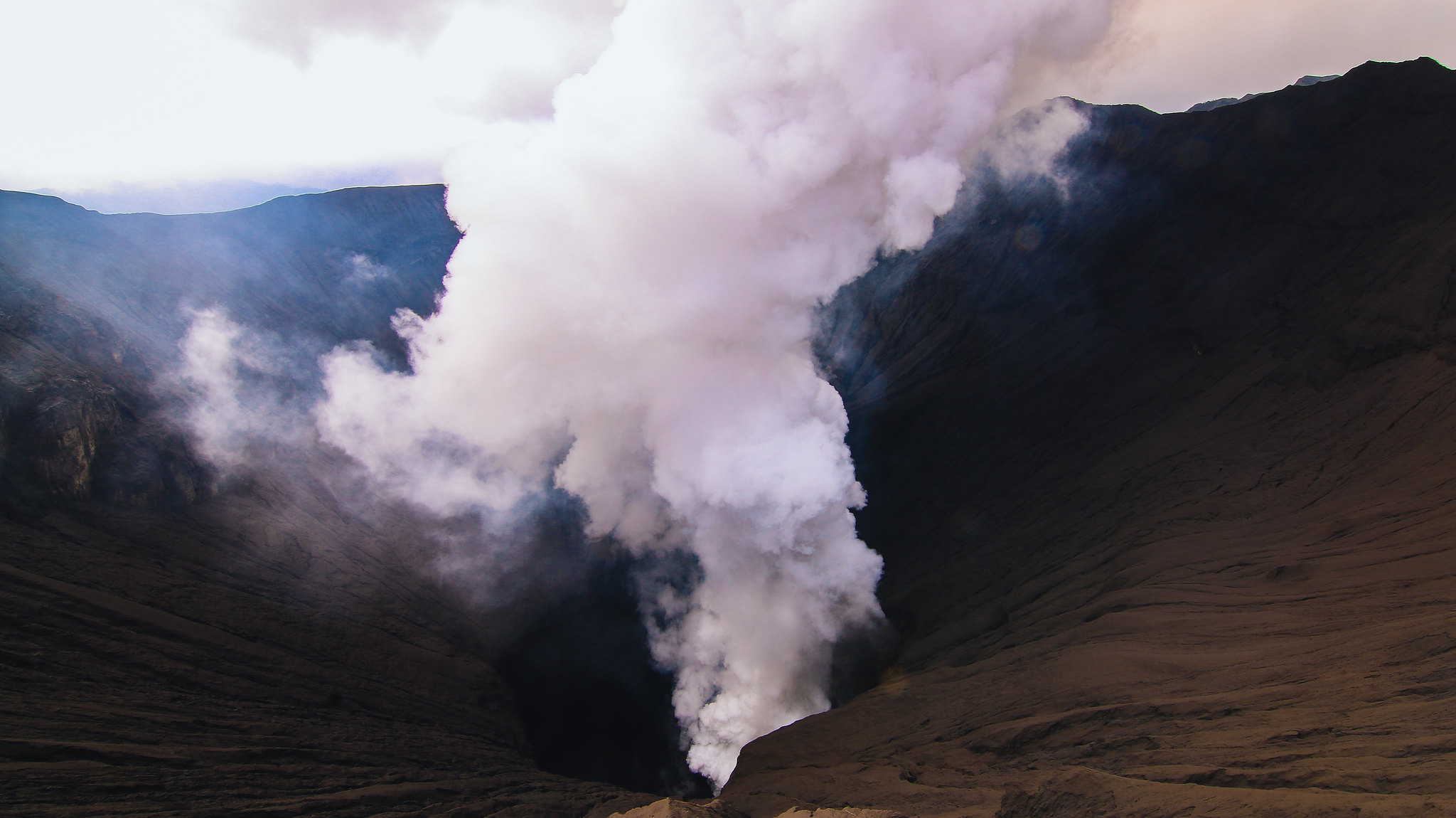 If you’re looking to mix all the above, why not embark on an adventure towards the land of the dragons?
Located in East Nusa Tenggara, Komodo National Park is the place for that. The largest lizard on the planet, namely the Komodo Dragon, inhabits this biodiverse environment, recognised as an UNESCO world heritage site in 1991. Expect a land  rich in natural beauty and stark contrasts. 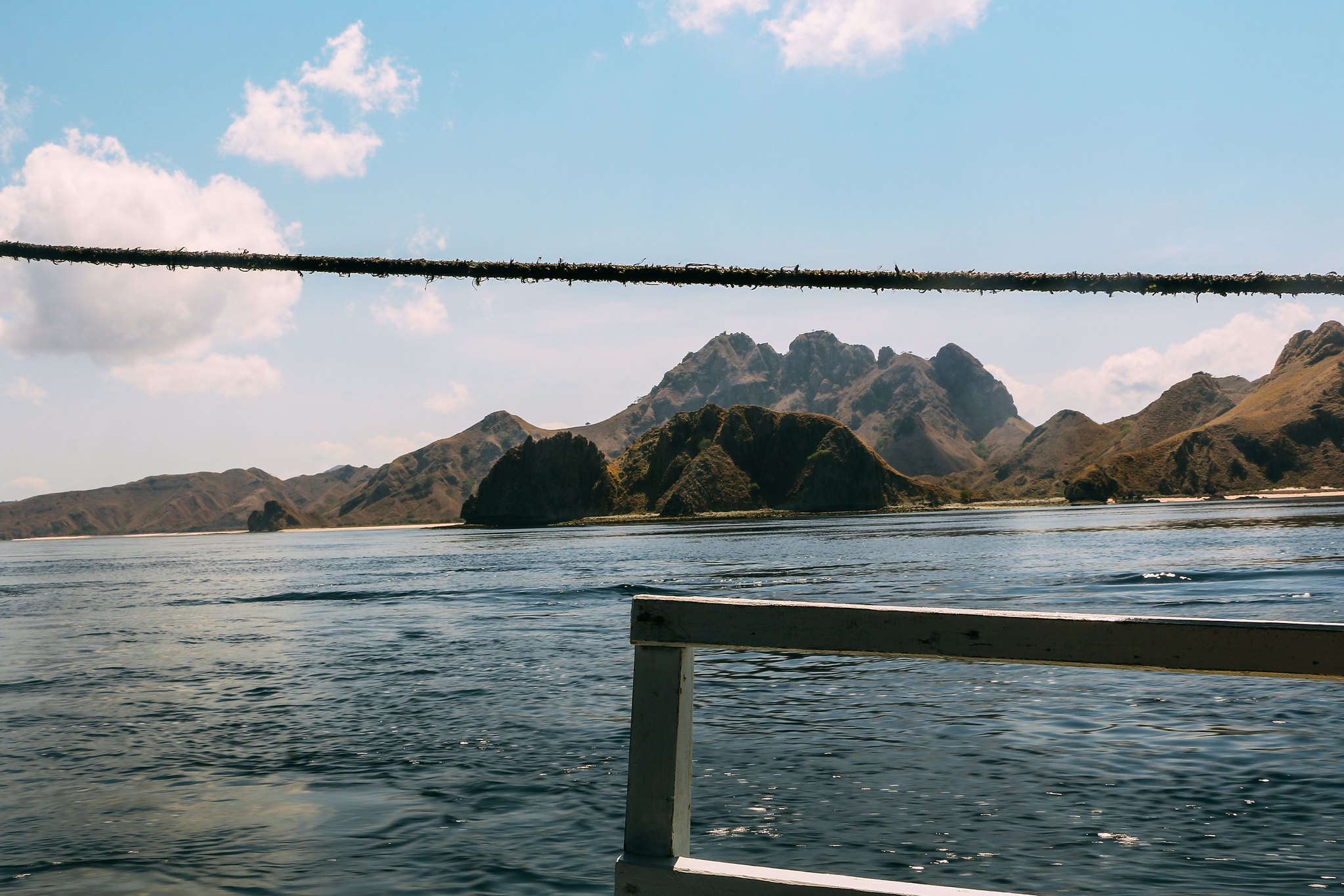 As you approach the park, you’re captivated by the rugged hillside where pockets of vegetation thrive in the dry climate of the island. Once in the park, you’ll walk on narrow paths surrounded by woodland and thorny vegetation specific to savannas. In this peculiar setting you’ll encounter deer, wild boar if you’re lucky a few komodo dragons. The whole trip is an enriching adventure where you get to see some of Indonesia’s great biodiversity and it’s pristine landscapes. On top of that, you’ll be left with a full sensory experience as you wander on the same path as the dragons that inhabit the island. 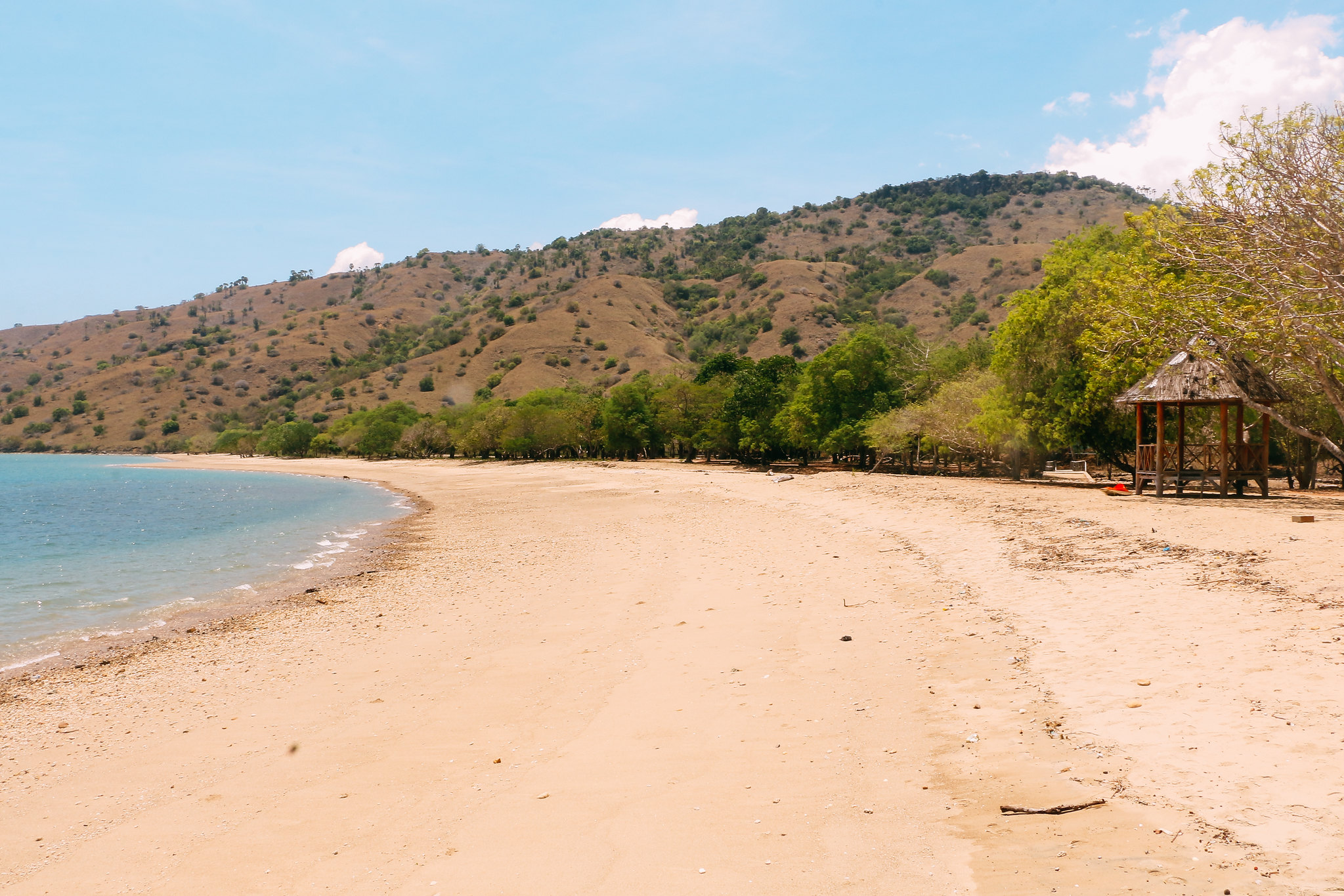 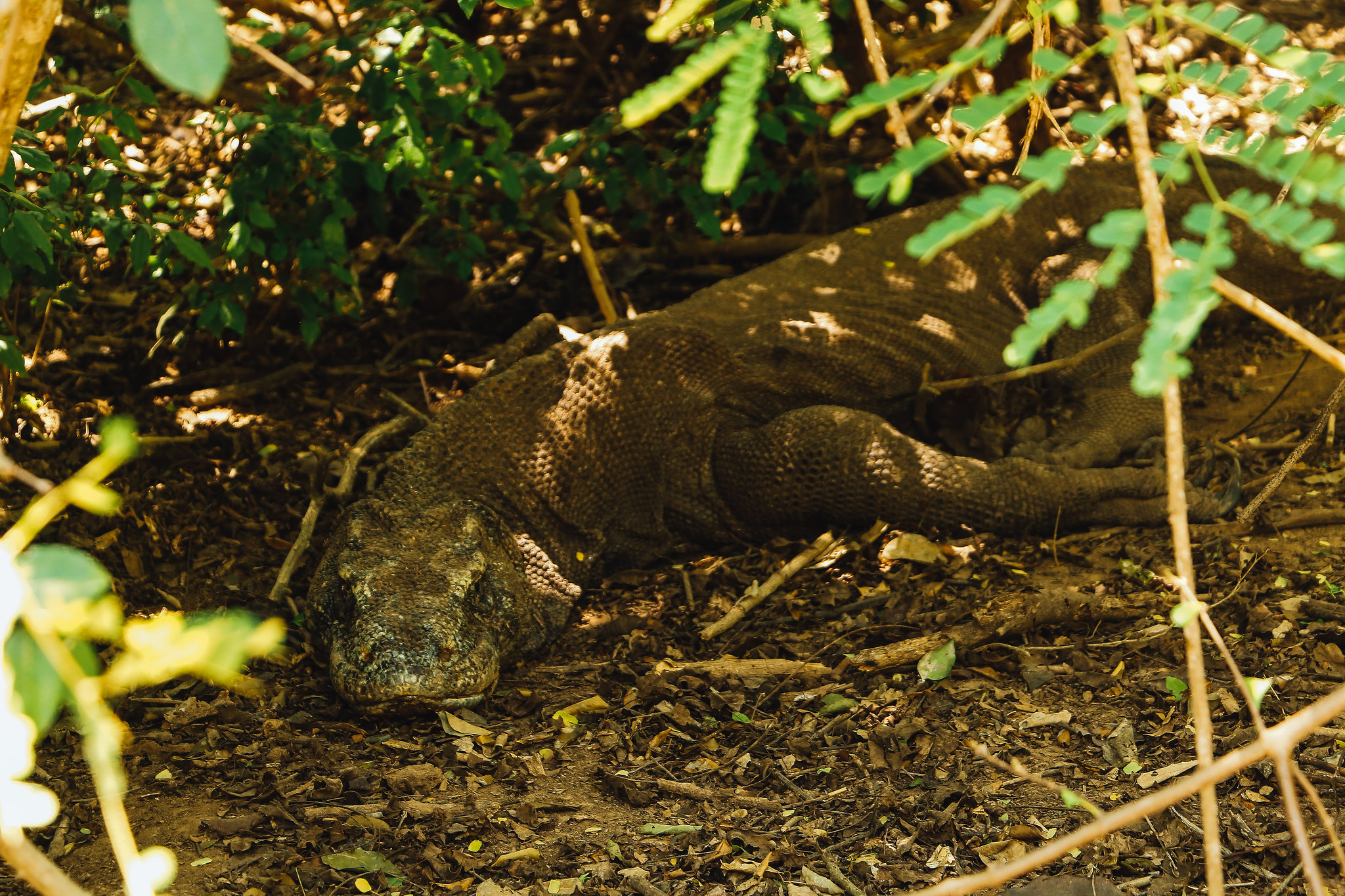 ONCE YOU HAVE TRAVELLED, THE VOYAGE NEVER ENDS, BUT IS PLAYED OUT OVER AND OVER AGAIN IN THE QUIETEST CHAMBERS. THE MIND CAN NEVER BREAK OFF FROM THE JOURNEY.
Pat Conroy